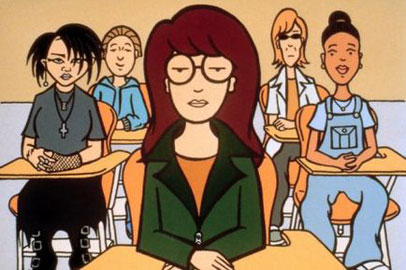 Prominent venture capitalist Fred Wilson wrote a provocative blog post back in 2008 called Hacking Education, in which he expressed frustration with our current educational institutions and called for replacing them with a grand hack, an internet-enabled “peer production, collaboration, social networking, web video, voip, open source, even game play” platform.

“We will use a “revolution of the ants” to take down our education institutions and replace them with something better. We all have to start participating and engaging in educating each other,” he said.

Since then, there have been several hacking education events for entrepreneurs, developers and educators where the thrust seems to be to find ways to invert the system, transferring power from educational institutions and giving it to learners instead.

It’s great to have smart people and money helping to discover and build innovations in education. But does Fred Wilson really advocate getting rid of schools entirely in favor of teaching each other on the internet? If not, then how far do we want to go?

Indeed, we need to make distinctions here. Education is a many fangled thing, not all of it served well by hacking. In some areas, our kids will be better served if we stack (that is, double down on what already works) instead of hack their experiences. Asked by Newsweek how his high school was ranked in the Top 10 Miracle High Schools in the country for 2011, director Todd Dickson said, “Nothing magical, just a lot more time and great teachers.”

For instance, you can’t hack the social nature of schooling and the necessary role it plays in identity trial and error or the learning that comes from the joy and despair of it all. Socialization is cognitively demanding. It only really works in-person among dynamic groups of fleshy rather than digital people. Conclusion? Stack it for most by keeping kids in schools. Hack it for social misfits, savants, autodidacts and for kids who live somewhere where there is no reasonable school to go to.

What about different subject areas and skill sets? I suppose test prep is hackable. That’s why there are so many tech companies such as Grockit and Knewton doing well in this space. You don’t see any of them teaching literature, art or music. So hack test taking skills and basic math and sciences by throwing kids part of the time into massive multiplayer video games and digital social learning environment platforms, fine, but make sure to stack arts, letters and music education as well as interpretative subjects like history and philosophy, as well as relationship intensive areas like special education.

Fred Wilson admits there are great teachers, but says there are also lazy ones who know less than Wikipedia does about their subjects. This may be true, but isn’t it so in every profession? Aren’t there lazy and crappy doctors and lawyers out there among the good ones? Aren’t there good and bad accountants? Helpful and predatory VCs? This is life, but instead of responding by hacking at our education institutions in favor of choice education on the internet, stack this problem. Raise teacher salaries and pressure the unions to alleviate tenure rights. This combination will increase the ratio of good teachers to lazy ones. Then hack professional development to help teachers learn how to use the latest technology in their classrooms and stay up to date on the most effective teaching/assessment techniques.

I’m not just another brick in the wall. I was a teacher and I came up with a hack for curriculum development called TeachersPayTeachers where hundreds of thousands of teachers are circumventing the educational publishers and buying/selling/sharing their original content with each other. I know how many amazing teachers there are in this country–there are more than you think–and I know that tearing down the walls and giving power to the students is not the best answer, at least not for everything.

Paul Edelman is a former NYC public school teacher and the founder of TeachersPayTeachers. He previously argued against the tech-centric Khan Academy taking over classrooms.