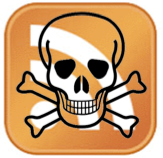 Yesterday, Twitter announced the hiring of FeedBurner CEO Dick Costolo to be COO of Twitter. Costolo’s career path from one of the most prominent RSS companies to Twitter is being talked about as proof that “RSS is dead.”

peHub writer Dam Primack circled back to find out if there was any truth to the idea that Twitter’s replacing RSS by checking out what had become of RSS Investors, a company founded in 2005 in Cambridge, Massachusetts whose stated goals were to raise a $100 million fund and invest it in “news aggregation, blogs, new classes of search engines and data aggregation in the financial and medical industries.”

Ritchie put in $20 million, but the team was unable to collect enough investments to create the $100 million fund they’d announced. After investing in Edgeio, Attensa, and KnowHow, RSS investors had no more money to give to other startups.

Attensa, which makes a server for streaming data within companies, is still in business. But KnowHow shut down and Edgeio sold its assets in December 2007 to Looksmart and Vast.com.

After that, RSS Investors stalled. Palfrey told peHub, “We never officially dissolved the fund, but we stopped making investments and everyone’s moved on to other things.”

For the record, we called the RSS Fund idea “nuts” when it the fund was first raised four years ago.