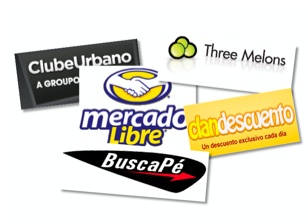 With the recent news that Groupon, the well-funded group buying site, just acquired two start-ups in Latin America, many in the region view it as a sign of things to come. Whereas, previously, only well-financed startups with strong revenues made it onto the radar of potential strategic acquirers; today, smaller startups in the region, such as Argentinean start-up, Three Melons, which was recently acquired by Playdom, are fair game. So, what has changed?

For one thing, with a user base of more than 170 million and boasting the fastest growth rate in the world, the Latin American market is getting tougher to ignore. According to Comscore, the region represents 8% of the global Internet audience, and Latin Americans spend more time online, on average, than users across the globe.

Also, the regional culture is extremely social, making Latin Americans heavy users of social media and mobile devices. Although e-commerce is still nascent and focused on sites outside of Latin America, Brazil is a notable exception, representing more than half of retail e-commerce with only 34% of the Internet users in the region.

Secondly, some early-movers have already established themselves and piqued the interest of global investors. For instance, last year, the South African media group, Naspers, invested $342 million for 91% of comparison-shopping site Buscapé while Mercado Libre, an ecommerce site with a $2.5 billion market cap, went public in 2007.

Finally, many trends are producing a gale wind in the sails of the Latin American online market. From a macro economic standpoint, most countries in the region are growing at a strong clip. Brazil, for one, has one of the fastest-growing economies (9%) in the world, e-commerce growth of 30% and, thanks to government support, broadband penetration that some project to grow to 50% of households (from 25% today). The country has become a more visible global player thanks to some high-profile acquisitions by Brazilian companies in the United States as well as playing host to the next World Cup and Olympic games.

Historically, web start-ups at an early stage in their development have rarely looked to Latin American for talent or market positioning. Previously, factors such as low Internet penetration, per capita income below $7,000, uneven transportation and communications infrastructure, low credit-card penetration and volatile currencies, among other issues, were enough to dissuade companies from considering entering Latin America.

While these issues continue to exist, some are improving. In the meantime, they provide what Warren Buffett might term as effective moats that can serve to protect higher returns. For example, Mercado Libre boasts EBIT margins (e.g., greater than 30%) on a par with eBay’s, with the caveat that Mercado Libre’s earnings grew more than 100% compared to a year ago as the company’s sales continue to grow (42%) and it achieves greater economies of scale.

Additionally, as Sarah Lacey mentioned a few months ago, some Brazilian start-ups are not only innovative, but are reminiscent of similar companies in Silicon Valley. Angel investors such as New Yorker, Michael Nicklas and Californian James Gray, have both invested in Latin American start-ups with strong teams and solid plans and are positive on the potential in the region.

Either way, Groupon’s and Playdom’s recent acquisitions of Latin American startups signal something that many Latin American entrepreneurs already sense: 2010 marks an inflection point in terms of the investment environment in the region. If nothing else, if we accept SXSW’s ability to predict future trends, it’s interesting to note that they are planning a panel on Latin America at next year’s event.