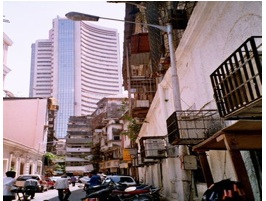 I’ve been watching Asia’s reaction to Apple’s iPad unveiling, and it’s been mixed. Search trends from Google indicate that while Singaporeans were interested in finding out more about the device and its availability, Indians were not really bothered. That could have something to do with the fact that the iPhone has seen very limited uptake in India thus far, owing to the hefty unsubsidized, yet carrier-locked, price tag of ~$800.

Moreover, Apple’s announcement didn’t cover any content partnerships the company has in mind for the Asian markets. (For these markets, Apple would have to negotiate with content owners in each geography due to the linguistic differences, so partnership details may still take a while to emerge.)

In terms of the iPad’s features, since SIM cards are very popular in Asia, it wasn’t lost on most people that the iPad is going to use a micro-SIM rather than a regular SIM. That is now being interpreted as a sure sign that the device is going to have exclusivity with specific carriers within the region. Micro-SIMs are not something you can purchase at a neighborhood retail outlet. In fact, compared to pre-event expectations, I’d say the overall tone in Asia is underwhelming. The lack of a expandable memory slot, coupled with multitasking are likely to be the bane of Apple in these markets as well.

Writing from a geographic area where Apple hasn’t been able to make headway, yet continues to be closely watched, I can’t help but wonder if the company is sacrificing innovation at the altar of conservatism. The iPad undoubtedly has top-of-the-line hardware and a ready content/application ecosystem to feed on, but does that mean Apple has genuinely innovated in creating a device category that can potentially replace the legions of traditional media players? Or does it mean that Apple has created a device that can move an entire content stream from other devices/screens onto the iPad? I don’t believe so.

Innovation begins where conventional thinking ends. With the iPhone, Apple had done just that. They questioned the fundamental thinking of handset vendors on why keypads should be there, on why compelling third-party applications can’t be built easily, and on many more issues. However, with the iPad, the company appears to have fallen for the trap of sticking to conventions and building products that do more of the same. True, the iPad indeed boasts a variety of features, targeted at e-book readers, regular content-viewing consumers, and ‘business’ consumers (although I’m highly skeptical we’re going to see too many people suited up and using iWork on the iPad). Apple has also thrown in a 3G radio and sewn-up a flat-rate data plan with its carrier partners. But somewhere, all of these bells and whistles fall short.

Apple’s iPad adopts a position that is confusing, both to the industry observer and the consumer. While the Kindle and the iPod tried to push consumers to adopt different screens/devices for different needs, the iPad, by attempting to do bits of everything, runs the risk of falling into a no-man’s land! For instance, consider its suggested role as a netbook replacement. You cannot run regular Mac OS X apps! Similarly, take its comparison to a portable high-res media player. The device lacks widescreen display, and you can’t connect it to your large-screen TV.

For more, consider its role as an evolved music player. You’re stuck with the amount of memory you opt for, no expandable memory slots for you. Its positioning as a gaming device is probably the only thing that makes sense. Social gaming apps are likely to get a shot in the arm with this category. However, serious gaming remains a big if. Such hazy positioning makes for a potent combo when one takes the pricing of the device into consideration. Although it might start at $499, once you add 3G capability, a 3G data plan (the $15 plan for 250MB from AT&T is a joke for this kind of a device) and the keyboard, and suddenly even the entry-level iPad looks much pricier. Beyond the consumer, Apple also runs the risk of cannibalizing sales of its profitable Mac lines.

Apple has historically shown that it has been ahead of the innovation curve, at least in the decade gone by. Starting with the iPod, the iPhone, and the Macs, Apple products have always been known for going the extra mile in building innovative solutions for consumer challenges — and in the process, profitable business lines for themselves. However, with the iPad, all I see is a product that does a little of many things, a product that tries to build on past glory (not necessarily a bad thing) and most importantly, a product that is representative of other technology companies and not Apple.

Make no mistake, the iPad will likely sell in strong numbers. It will likely strike it rich in some of the Western Europe markets as well. But as far as I am concerned, this is a step back for the innovative company I have long admired.