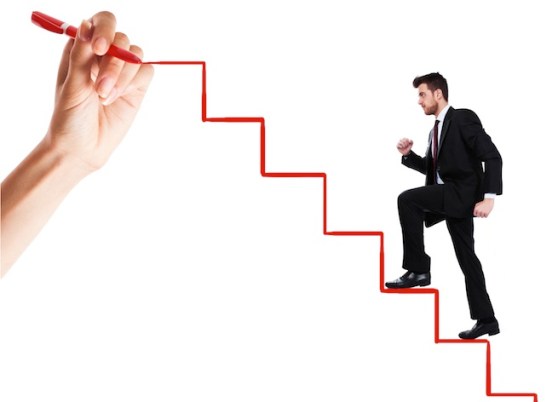 This post is written by VentureBeat contributor Jon Soberg

I recently wrote a post entitled “Hiring B players will kill your startup” and I got some great feedback, ranging from supportive to visceral. I would expect nothing less from a topic so important.  A few of the comments addressed a related topic — the growth and development of B players to become A players — so I decided to write a follow-up piece.

Let me start with a simple statement: B players will not become A players.

I make this statement because moving up is difficult, and it rarely happens.  B players in an organization either don’t have the right skills, the right drive, the right fit, or a combination of all these.

Does this mean if someone is an average employee, they can’t be a great person?  Of course not.  One of my favorite comments I received involved deciding on a brain surgeon. Would you opt for the best (the A player), or the average (C player) surgeon with better bedside manner?  I think nearly everyone would opt for the best surgeon.

If you need a specific set of skills, attributes and attitudes, and a person doesn’t have them, you will be hard-pressed to discover them hidden somewhere.

Before the comments flow about how this is not black and white, let me delve into context.  I am fully aware that I am not talking about inanimate objects, and that these are not absolutes.  I’m also not going to try to argue with anyone about exceptions.  Of course there are exceptions.  The world doesn’t fit nicely into a bell curve.

That said, the world grades on a curve.  Valedictorian status is given to the best student, not to everyone for giving their best effort.  This isn’t Lake Wobegon — all employees are NOT above average.

Leadership, culture, and many factors contribute to each person’s performance, both in absolute terms, and on a daily basis.  There is no question that environment plays a big role.  There is a full nature versus nurture argument, but organizational culture rarely adapts and even the best managers are hard-pressed to optimize everyone’s individual performance. Many people believe that a great manager can make everyone perform at their best.  I totally agree, but the A players working for that manager will outperform the B players. The best teachers in the world still have some A students, some B’s and some C’s and below.

B players won’t become A players:

Suffice it to say here that taking someone who is coasting in one role and shifting them to another rarely turns them into your best employee.  How many great managers reading this post can relate to having one or two “go-to” people on the team who always rise to the challenge?

A Players versus B Players

The difference between B players and A players is not measured by intelligence, education or raw skill.  It isn’t about who went to Harvard, and who didn’t.  A players possess the rare combination of drive, intelligence and pride in their work that is above and beyond the norm.  They don’t associate their names with anything short of excellence.  The best of the best are those with the lethal combination of natural talent coupled with drive.

At the top of the spectrum, A players are dynamic leaders and visionaries — they take on huge challenges that would seem insurmountable by others. But A players can be great at any level, and in different roles.  We have all had the experience when we spoke to a great customer service person who went above and beyond.  A players tend to transcend roles; they excel, wherever they are.

As soon as I mention the term “A Player” most people have images of Michael Jordan, Jerry Rice, or Steve Jobs. These people are obviously A players, but the key to their success is only partially their innate abilities.  Renowned for their extreme drive, work ethic, and attention to detail, none of them wanted a flaw in their game or their products. A Players don’t have to be selfish, prima donnas, or arrogant.  Plenty are, but that isn’t what makes an A Player.  Some of the most accomplished people I know are humble team-players.

Some will argue that coaching and leadership can make B players into A players.  In some circumstances, that is true, but in most business cases, it just doesn’t happen.  Work ethic is tough to change.  Initiative doesn’t simply appear.  Attention to detail is not simple to coach.  Not saying these areas can’t improve, but you don’t normally see quantum leaps.

Everyone cannot be an A player.  This is the harsh reality.  In the US we idolize people like Jack Welch, who famously advocates cutting the bottom 10 percent of an organization every year.  It gets more difficult when the worst people are already gone, but at the end of the day, even when it gets difficult, some people perform better than others.  In our competitive world, only a small percentage of people are truly A players, and moving into that echelon from below doesn’t happen often.