David Cage and his Quantic Dreams studio has made a progression of hyper-realistic video games, from Indigo Prophecy to Heavy Rain to Beyond: Two Souls. Now the French game studio is making a new Sony exclusive, Detroit: Become Human, for the PlayStation 4.

Sony revealed a disturbing scene from the game where a rogue android becomes upset that it will be replaced as a family servant. The android takes the family’s little girl hostage and shoots police who try to rescue her. The police bring in Connor, an android police negotiator, to set the girl free. You can play the scene out several ways, making different decisions that can lead to the rescue or death of the girl.

Cage talked about the game at the Electronic Entertainment Expo (E3), the big game trade show in Los Angeles this week. He knows there have been plenty of movies and games about androids, such as A.I. and Blade Runner. But Cage thinks he has an original story because the androids are good and the humans are bad. It’s really a story about humans, not A.I.

GamesBeat: Do you feel like you’re making a change, doing something very different from Beyond?

GamesBeat: As you alluded to, there have been a lot of stories about this subject, about androids and artificial life. Was it difficult to come up with a unique storyline here, where you’re doing something original?

Cage: Not really, because my story isn’t so much about A.I. and technology. I know it may sound a little abstract to say it that way, but the story isn’t about that. It’s about humans, emotions, feelings, and identity. I never felt I was telling that story in particular.

GamesBeat: The point of view of androids as the good guys — it’s not necessarily the intuitive or obvious approach. Where did that idea come from?

Cage: The starting point was thinking about what will happen when, one day, we have machines that look exactly like human beings, but are still treated like machines, like objects. It will be a very strange relationship. Talking to someone who looks human as if they were just nothing. That was the starting point for me, for the story, because I think you can establish parallels with different things in the real world. That was my real topic.

GamesBeat: Do you feel like technology is catching up with the idea of making something artificial that’s indistinguishable from a human? The old uncanny valley problem. 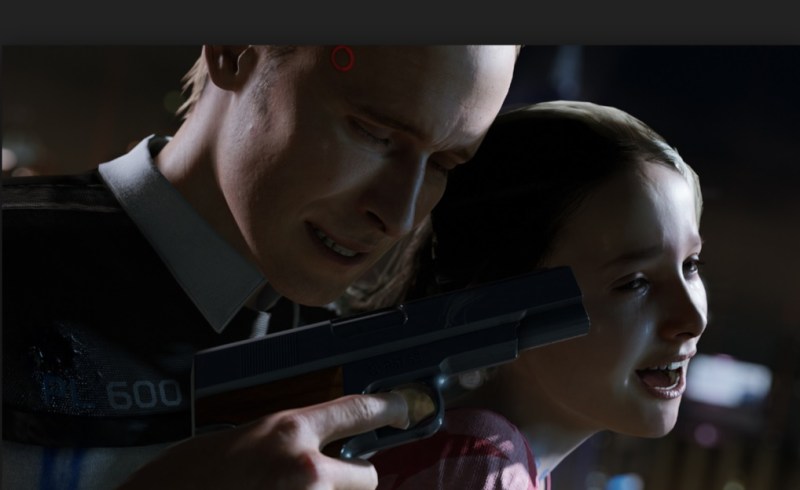 Above: Detroit: Become Human has a disturbing hostage scene.

Cage: You can always do better. Game after game, we try to press forward. The difficulty is doing it in real time. In CG, people have covered it. We’re seeing very impressive work in pre-rendered graphics where you can’t tell what’s real and what’s not.

In realtime 3D we still have some way to go. But we’re getting there, game after game. Detroit looks better than Beyond. Beyond looked better than Heavy Rain. If you look at our games in particular, where characters are very important, you see technology progressing each time. We’re getting there.

GamesBeat: Do you have an opportunity to build on the interactivity in the past games, where it was more about just deciding what button to push?

Cage: Yeah, it’s not so much about pushing buttons. What I’m interested in with the interface is the sense of mimicry. I want you to feel physically close to your character and do things in the same way the character would do them. If he makes an effort, I want to make an effort on the controller. If he makes a move, I want to make that move at the same time with him. I try to establish a physical link, because it’s one part of the identification process. The other part being the emotional identification. Interface and gameplay can play a very important role there.

We don’t want to make very technical games where you need to memorize complex controls. We want the game to be very simple to play, because the real challenge isn’t the button you press. It’s the decisions you make. Do you make the right choices? What kind of story are you going to tell?

GamesBeat: You mentioned multiple characters. You can play many different characters. Why do you want to do that, as opposed to having the focus on just one character?

Cage: I love stories where you have different points of view. All the characters are in the same world, living different lives, and together they tell you one big story. Then you can start to make them meet and interact to tell that story. It’s become very popular in TV shows, where people are used to multiple characters in a storyline. I’m doing the same thing.

What I like about it is the fact that, scene after scene, you jump from one character to another and discover new situations. You never have time to get bored of one character because you’re always going somewhere else with someone else to do something else. It gives a fast pace to the story. 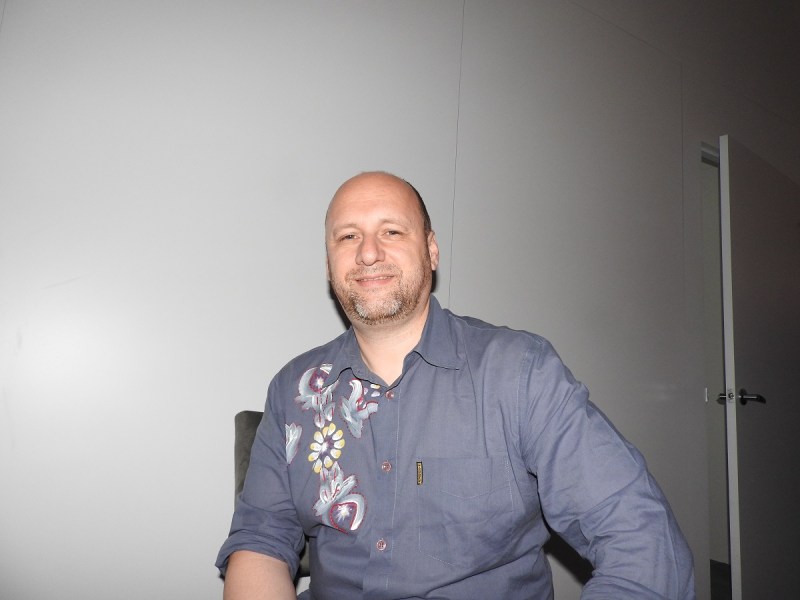 Above: David Cage of Quantic Dreams is the creator of Detroit: Become Human.

GamesBeat: The scenes we saw were very intense. Are there other extremes we’ll be seeing in the game?

Cage: Oh, yes. That’s by far not the most intense scene. There’s much more happening in the story. Different styles, different things. It’s not just about hostage situations. That’s the only scene with a hostage. But there are many other very emotional scenes, of course, and many difficult choices to make. We love choices where it’s not black or white. You make the player think.

GamesBeat: If you lose Connor in the scene, do you move on to the next character and just never see him again?

Cage: I can’t really answer how the game works that way. But yes, there will be consequences.

Cage: Absolutely. But it’s interesting, because it raises the stakes. You need to be careful about your characters. Otherwise you might lose them. 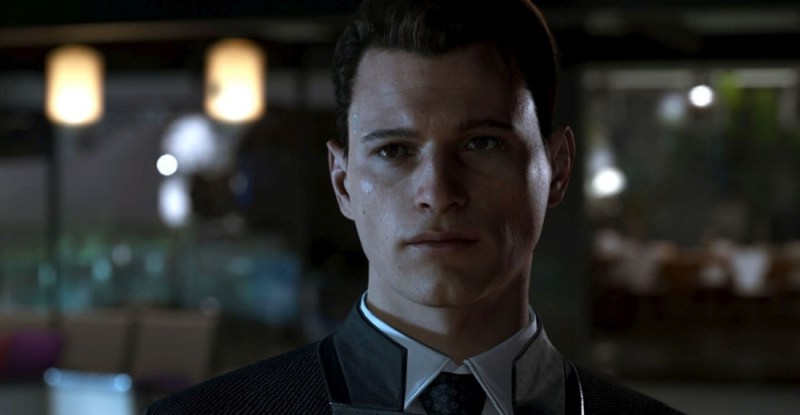