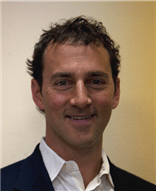 AdMob threw an iPhone meetup last Thursday night. The meeting was surprisingly well attended as developers showed strong interest in understanding what business models are working on the iPhone platform. The excitement of the developer community prompted some important questions about why the iPhone is getting a disproportionate amount of developer attention compared to Nokia’s Ovi, Google Market, Blackberry Appstore or Microsoft’s Windows Marketplace for Mobile.

Mike Rowehl spoke for the developer community with his response.

To frame the question -– why are more developers excited about the iPhone than other platforms in mobile?

Mobile failed as an industry to deliver a good enough user experience because of the inability to deliver a stable and standard platform for development. Manufacturers tried to build x-operator platforms (see N-Gage) but failed to get the operators on board. Operators tried to build x-device platforms (see Vodafone Live) but they needed custom handsets to support them, and this cost too much. Java (J2ME) showed promise, but fragmented with operator and manufacturers specific “extensions” that resulted in having to do hundreds of “ports,” which killed the developers’ business model.

There were hints of what was needed. The best user experiences came when operators, infrastructure vendors and handset manufacturers coordinated efforts (and business models) to deliver great services. Research in Motion (RIM) showed us that mail could work on mobile devices. The Skype Phone by Hutchison 3G (via iSkoot and Amoi Electronics) delighted users. Qualcomm’s Brew Platform controlled the end-to-end experience and enabled companies like Jamdat to build and deliver fun games.

The browser is more standardized but shares fragmentation challenges around services and more. In 2008, we saw some browser-based business models flourish (info apps, social networks, etc.), but these still did not deliver on the promise of mobilized data.

Talk to any developer who has worked in mobile. They understand the potential but are frustrated with the environment. I know exceptionally capable and optimistic people who have left mobile for other pursuits because of their frustration with building for mobile platforms. You can hear this in Rowehl’s post.

What Apple did with the iPhone was new. An outsider changed the entire equation. Apple built the end-to-end solution themselves instead of trying to stitch together client-server experiences from unaligned vendors. They went to great expense to control everything. And they nailed it. Everything is simple and just works. Apple put the browsing, messaging and data experience first. It’s not just that the iPhone delivered where others had failed. Others had not had the business models, industrial design capability or chutzpah to try.

Pre-iPhone we were stuck in second gear. The iPhone shocked device manufacturers and mobile operators. Developers see that Nokia and Palm and RIM and Microsoft are now working on end to end systems and understand that the iPhone changed things. The new Ovi might even be better than Nokia’s previous efforts with N-Gage and Club Nokia, but Nokia still plays the game by the operators’ rules, and there’s a decent chance that Ovi will run into those mobile-fragmentation challenges.

And then there’s Google’s Android OS, which has enormous potential to change things. But Android is implemented by OEMs and selected by operators. If Android devices offer a standard development, discovery and acquisition environment, then developers will flock to it. For now, it is unclear whether the end-to-end platform is in place.

So, YES, developers are fired up about the iPhone opportunity. The iPhone is the first platform that delivers 30 million devices worldwide with a consistent and rich development environment. That’s not the 4 billion mobile devices that get people excited about mobile. It is not even the 50+ million people that use mobile browsers in the US each month. But developers will make the trade. They see that the iPhone delivers the rich user experience for which we’ve been waiting. They see the usage growth (http://www.admob.com/metrics) and recognize that this is the direction of things in mobile.

Check out social gaming with Zynga’s Hold ‘em poker game. Use OpenTable to make reservations. Use Amazon’s app to find (and buy) that toy your daughter saw at the park (so cool). The development community has found a platform it can work with. It is unblocked, running with it and we ain’t seen nothing yet. Big media knows this platform has legs. CBS proved this with its NCAA March Madness app. They have followed it up with TV.com and Entertainment Tonight. The user experience on these proves the point. AOL, NBC, Fox, Hachette Fillipachi and your favorite sites are all onto it as well.

Advertisers are embracing the iPhone, too. Paramount Pictures, Gap, Kraft, P&G, Ford and their agencies are aggressively building for the iPhone. The advertising community sees the interactivity it needs to engage users. Like developers, marketers are working to understand how to take full advantage of the capabilities of these devices. All because users enjoy using them.

Developers are excited about the iPhone — and well they should be. We recognized the iPhone platform was different and invested early to build tools so developers and media companies could take advantage of it. Apple was the first to make mobile work to achieve its potential, but other devices will follow.

Jason Spero is vice president and managing director of North America for mobile advertising marketplace AdMob. Prior to working for AdMob, he was an Entrepreneur in Residence at Redpoint Ventures, where his focus was mobile applications, services and infrastructure.