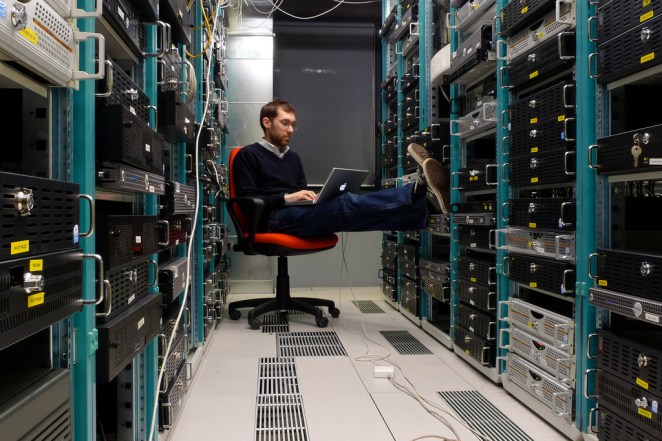 In the past few weeks we’ve been under a data deluge. There have been data-fueled debates over the performance of Tesla cars and who will win the Oscars. Esteemed journalists have pointed out what “data can’t do.”

This drives home a point: Data is a hugely important theme making its influence felt all around us, regardless of whether or not it’s overhyped.

It is also clear that while we still haven’t perfected how to use data to “change everything” for the better, we’ll work toward that. We are merely in the Pleistocene era of data, much as we’re in the very early stages of our overall technological development. Who doesn’t anticipate our future holds vast improvements in wireless communication, transportation and personal computing technologies?

John De Goes makes really solid arguments about changing our perspective on the “big data” industry and meme. I think we should view data as being a part of most everything. After all, we don’t think of “technology” as a discrete concept. There are few facets of contemporary life that are not driven, augmented or produced by technology.

Making the most of the data you know

Data itself is not the be-all and end-all (as David Brooks has said). There are so many x-factors in our world that data cannot account for right now: ideas like context, and variables such as human whim and emotion.

Interestingly, the human factor also makes data work for us. We are quite adept at making the best of what’s available to us in a specific time or era. Think of earlier milestones in human advancement, the furthest extent these developments were taken to and the maximum benefit or consequence achieved. The atom bomb was developed and it helped end a war (we can save the political and moral discussion for another day). Computers were invented and moved from room-sized to pocket-sized. Think about how many facets of our lives have been impacted by these developments.

In this and every era, we will make the most of the data we have. It won’t fix everything, but there’s little it won’t impact. As technology advances, so too will the pervasiveness of data in everything, everywhere.

What’s obvious right now is that data has entered mainstream life, and just look at a few reasons why everyone needs to care:

The much-discussed Netflix show House of Cards was essentially a product of data. The show and its unique distribution model have been bandied about as heralding a new type of entertainment production. Netflix’s entire business — not just this program — is built on and focused around data insights and usage. It looks like our entertainment future will likely be very data-driven.

But forget the Kevin Spacey character’s thirst for power, and think of a more “romantic” human desire: the search for love or partnership. Online dating companies say that a growing percentage of us are meeting a future spouse digitally. This means a lot of data is shaping a lot of human interaction, and possibly altering the make up of future society.

As Matt Asay has said, “According to IDC, Big Data is set to explode to $23.8 billion in 2016, fueled by our need to be more data-driven in everything from how we do business to how we eat.”

As digital ad spending outstrips print and is poised to be the big dog in marketing, data grows right along with it. Down the road, nearly all forms of marketing will be digitized in some way — addressable and targetable. This will create an even deeper trough of data for marketers, brands, agencies and media companies to mine for insights.

Those who prevail will be able to sift through the biggest pile of sand and extract the gold nuggets. We’re seeing more marketers rely on technological solutions that help them take control of the vast trove of data available. This is critical because it allows marketers to focus on the creativity and strategy of marketing, while technology companies provide them with the tools and information that enable them to do so.

Jonathan Gardner is director of communications at Turn, the cloud marketing platform. He has spent his career as an innovator at the nexus of media and technology, having worked in communications and as a journalist.