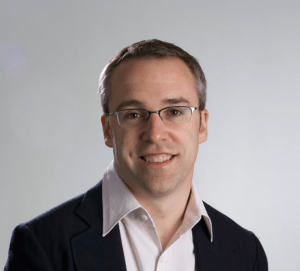 There. I said it. Now this venture capitalist can be the punching bag of auditors everywhere. As I type these words today, an accounting rule called FAS 157 is going into effect — to the delight of no one. Well, that’s not entirely true. The accountants are happy, because they’ve once again found a way to charge their clients even more fees. And one day the lawyers might be happy as well, because I believe that FAS 157 will usher in a new era of valuation-type liability.

So what is FAS 157? Simply put, FAS 157 says that one must value investments at “fair market value.”

Well, that doesn’t sound so bad, does it? Why should anyone outside of the oil trading business object to valuing things fairly? Well, I’m a venture capitalist and I object.

I object because it’s not possible to “fairly value” a private, early-stage portfolio the way that FAS 157 wants us to. This process injects a ton of false precision and costs and benefits neither the venture firm, nor its investors.

Prior to FAS 157, we would carry our investments at cost until such time that the company was: A) funded by a third-party and marked to the new cost; B) funded by insiders and marked down if the valuation decreased; or C) marked down due to poor performance. In none of these cases could I discretionally mark up one of my investments. Also, this was primarily a market driven approach, whereby we let the private funding market determine the value of the investment.

Then the Enron’s of the world screwed us all and suddenly we needed a better way to value investments. Actually, Enron’s accountants screwed us all and then the accounting world got together, created FAS 157 (and Sarbanes-Oxley and 409A, etc.) and got to make a lot more money based on their own Enron-type screw ups.

But FAS 157 says my previous valuation methodology isn’t “fair value.” FAS 157 says that we must take into account what a third- party would be willing to buy our shares for. In order to determine this, we must run complicated financial models to evaluate things like EBIDTA, net cash on hand, page views, customer traction, public comparables, and many other factors. We must bring our back office to a grinding halt and spend copious amounts of partner time evaluating valuation models and drafting reports at the cost of not evaluating new investments or helping our current portfolio succeed.

All of this data generation means nothing in the real world. These are private companies and it’s likely that no one will pay ANYTHING for my shares. Should I mark my whole portfolio to zero, then? It’s all false precision that adds unintelligent discretion to the valuation process. Theoretically, I could mark up my whole portfolio based on public comparables having good years.

What I do know is this: I have no clue what any of my companies are worth at a given point in time and all the calculations in the world won’t help. I know that in the old days at least I could ground the valuation by some third-party market action. Now, I get to do busy work and come up with falsely precise numbers.

What’s better than that is having my investors tell me that they would rather be back in the old paradigm, as they know that FAS 157 is useless too. Aren’t these the folks that FAS 157 was trying to “protect?”

Let me try another way to show you how stupid FAS 157 is. (I was told that I’m not allowed to use words like “sucks” or “blows,” so I’ll have to stick to the word “stupid”). Here is a conversation that I had with an auditor:

Auditor: “Jason, this company hasn’t been funded in a year. How has the valuation changed?”

Me: “I don’t know. The company is moving along mostly as I would have expected.”

Auditor: “Well, the valuation has had to change.”

Auditor: “That’s not for us to determine, the valuation is up to you.”

Auditor: “But over the past year, the valuation had to change.”

Me: “Then tell me this – has the valuation increased or decreased in your opinion.”

Auditor: “We aren’t valuation people. We can’t tell you that.”

There is a smoking gun in all of this. VCs are now fundraising based on FAS 157 numbers. With this amount of discretion and the ability to purposely game or just make an honest mistake (or just have a difference of opinion!) with valuations, it would seem securities fraud lawsuits will be a weapon of every investor who wants out of a venture fund. What I particularly love is that by refusing to actually help value the companies, the accountants stay outside of the liability fray, while creating extra liability for me. At least the lawyers will benefit from this.

FAS 157 is stupid. I’d write more, but I have to go to a meeting to talk about valuations of our companies.

Jason Mendelson is co-founder and managing director of Foundry Group, a Boulder, Colorado-based early stage IT/Software venture capital firm. His current board positions include FirstDocs, Inc., Oblong Industries and Pie Digital, Inc. Prior to Foundry Group, Jason was a managing director at Mobius Venture Capital where he also served as its general counsel and chief administrative officer, overseeing all of the firm’s back office and financial reporting. Jason is active in the NVCA’s finance and legal subgroups as well. Jason blogs at www.jasonmendelson.com.