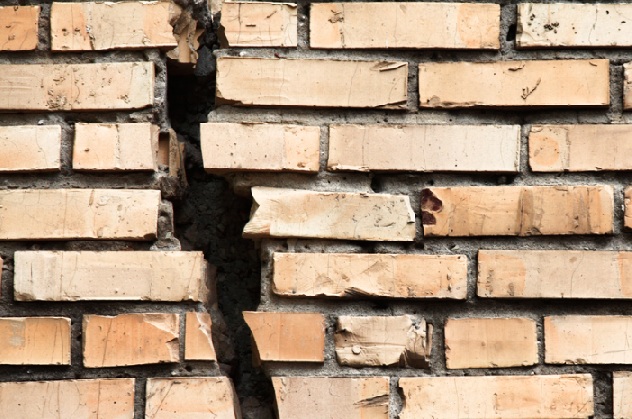 Groupon was forced to restate fourth quarter earnings, sending its stock down 6% in after-hours trading. This surprised me as much as my $2 investment in the Mega Millions jackpot not paying off.

The reasons for Groupon’s restatement were higher refund reserves and weakness in internal controls. These are issues I’ve repeatedly discussed. I raised them directly with Groupon PR in September (back when they still would speak to me) and I was assured that refunds weren’t an issue for Groupon.

I also spoke with a former Groupon salesperson who claimed he was fired because he raised concerns about poor internal systems that didn’t track deals correctly and complaints about poor risk management when it comes to running deals.

So what’s happening at the coupon company?

Well, for starters, it’s not a coupon company nor a marketing company. At its core, Groupon’s U.S. business is a receivables factoring business, as I wrote last year. They give loans to small businesses at a very steep rate (the price of the discount plus Groupon’s commission). They get the money to fund these loans from credit card companies such as Chase Paymentech. Groupon is essentially a sub-prime lender that does zero risk assessment. And as word continues to spread about what a terrible deal running a Groupon is for many categories of businesses, the ones that will choose to run Groupons are the ones that are the most desperate. For U.S. based businesses, the only time I can definitely recommend running a Groupon is if it is otherwise going to go out of business.

UPDATE – As the Stock Price Tumbles, Lawyers See Groupon as a Juicy Target

Another factor is that Groupon is selling bigger and bigger deals and many of these have requirements for use. Some deals have medical qualifications. The former salesperson told me about Groupons for a procedure called “cool sculpting”. In this procedure, fat is frozen off the body. In order to get the treatment, patients must be medically qualified. But Groupon has no way of medically qualifying purchasers and will sell it to anyone. When they go to the doctor and find out that they aren’t eligible, they call Groupon for a refund. If this is several months later, after Groupon has paid out the entirety of what it owes the provider, this can mean a refund loss for Groupon.

Travel is another risky category for Groupon. Unlike Expedia, Travelocity, Priceline, Jetsetter and nearly every other major travel provider, Groupon does not require consumers to pick their dates and confirm availability at the time of purchase. When a consumer finds he can’t use his Groupon months later, he calls for a refund. Groupon also hides material restrictions on travel deals, something I pointed out in September and Groupon still hasn’t rectified.

Because these are higher ticket items that cost hundreds or thousands of dollars, consumers are more likely to ask for a refund than on lower ticket items. In the short term, it means a revenue boost to Groupon, which the company needs as its once torrid growth cools. In the long term, it means refund losses.

The “Groupon Promise” is another risk factor. It’s an overly broad promise designed to allay consumers’ concern about using Groupons. Because it is so broad, it results in higher refund rates than would otherwise be the case.

Yet another concern is that Groupon does not track how much outstanding Groupon “debt” there is. No one in the world can tell you how many and how much Groupon value is outstanding. Unlike typical gift card sales, Groupon books revenue immediately and then does not show the Groupons on its balance sheet. By my estimates, Groupon has between $500 and $750 million in liabilities that it doesn’t show on its balance sheet.

In theory, Groupon’s exposure to that risk is covered by its refund reserves — but we don’t know the size of those reserves. And as yesterday’s restatement shows, the company’s calculated them poorly. Unless Groupon begins to do risk assessment on deals before they run, changes its payout terms to businesses, or drastically changes its refund policies, I expect refund rates to continue to rise. If they do any of those things, I expect revenue declines because it will make running Groupons less attractive to businesses and buying Groupons less attractive to consumers.

Groupon has also worked hard to hide its refund rates. While going through its S-1 process last year, Groupon continually revised its accounting. At one point, I discovered a way to calculate the company’s refund rates and found they had likely increased more than 40% year-over-year. In the next amendment to its S-1, Groupon changed its accounting again to bury that data.

Investors should also be concerned about the fact that Groupon’s lockup should end in early May, releasing a lot more shares onto the market. I wouldn’t be surprised to see Groupon trading in single digits after that and heading to zero within the next 36 months. Groupon’s best bet is if it can acquire its way into a sustainable business model; I’m doubtful that will happen considering the companies it has purchased to date.

With its restatement, Groupon said that its guidance for the first quarter remained the same as earlier. Given that its lockup should end shortly before it reports first quarter results, I would take that assessment with a mine full of salt.