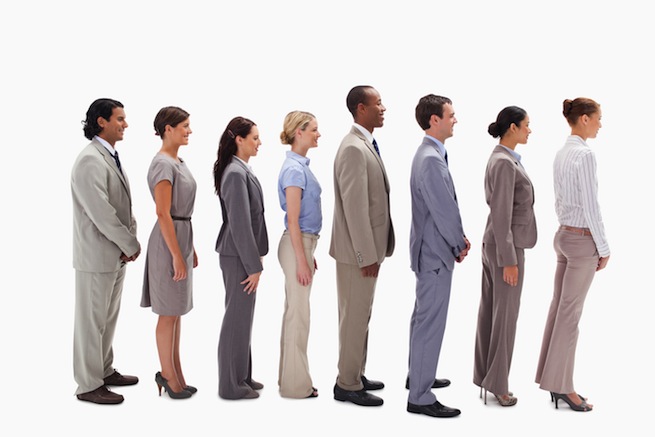 This is a guest post by investor Jon Soberg.

B players and C players are far worse than D’s and F’s. In fact, in my experience, B players are the worst hires you can make.

Before getting into the details, it may be useful to level-set and explain what I mean by these employee stereotypes (although there have been some differences of opinion over the years.)

A player: Fully self-sufficient and takes initiative that positively impacts the company.
B player: Does some things well, but not fully self-sufficient, and not consistently strong.
C player: Just average, and does not excel in any area.
D player: Poor performer, and shouldn’t last long if you are a half-capable manager.
F player: Should be out…like yesterday.

Good Enough is the Enemy of Great

When you have someone on your team that you think is doing well enough, you will likely trust them with mission-critical tasks like hiring or pushing code. This will impact the entire evolution of your company. If you entrust important decisions to someone who is just “good enough,” you will watch the opportunities pass.

This is why hiring B players will kill your company. The work will be good, but not great. They will deliver on time most of the time, and hustle sometimes, but not always.

Be sure to check out serial entrepreneur Nicholas Holland’s rebuttal to this story:

Let’s say you are in a startup, and you have a B player as your vice president of sales. The person will close a good account, but won’t consistently beat targets. If they go head-to-head against a competitor with better salespeople, this person (and potentially the whole startup) will lose. If you’re an early-stage startup, you are walking dead. Raising the next round will be like selling against a stronger competitor — you won’t ultimately win.

I have built multiple engineering teams from the ground up, and I always started with an anchor rock star.  The engineer that everyone wanted to work with, and whose work was so solid that he or she made everyone else more efficient and effective.  I’ve been asked before how many engineers it would take to replace someone like that, and the correct answer is that there is no way to replace a person like this.  Even if I could hire 10 B player engineers for the same price, I would never do it.  The product quality would suffer and the time-to-market would slow; you simply can’t replace skill with numbers.

My opinions on hiring and people haven’t come by accident. I’ve got scars from my career (and I’ve seen it from many angles — founder, executive, consultant, investor). I’ve made some pretty bad hires along the way. The really bad hires are the easy ones — it is obvious when someone fails or is clearly the wrong fit. You wonder what you were thinking, but at the end of the day, you can reverse these mistakes quickly and efficiently.

I have needed to fire a fair number of people as well, and I will say this is one learning from my experience — I have never felt that I fired someone too soon.

At one of my startups, I fired my entire QA department and made the engineers do all their own QA. The result: better quality product, released faster. The QA department had become a bottleneck, and they weren’t doing quality work. The engineers weren’t happy, the product management team wasn’t happy, and the product suffered. I saw the release cycles slowing down, and saw some of the tension between the QA and Engineering departments. As I dug in, my conclusion was one I had not originally wanted to see — I had a B player at the top of the QA department, and the rest of the department was B and below. It was killing us. My biggest mistake was not recognizing it sooner.

When I was a little boy, my uncle used to tell me “he who hesitates is lost.” Those are words to live by.

I have plenty of individual examples as well, and the toughest ones are always the ones who are doing fine. Managers often blame themselves. Is the job not well-defined? Does the person have enough support? Maybe they just need more time, and they will improve. It isn’t easy to find great people, so why let the decent person go hoping to find someone better?

There is an opportunity cost to keeping someone when you could do better. At a startup, that opportunity cost may be the difference between success and failure. Do you give less than full effort to make your enterprise a success? As an entrepreneur, you sweat blood to succeed. Shouldn’t you have a team that performs like you do?

Every person you hire who is not a top player is like having a leak in the hull. Eventually you will sink.