Amazon surpassed analyst expectations by a landslide. The company was expected to generate losses per share of $0.14 — it instead delivered earnings of $0.19 per share. That’s huge. It also beat revenue estimates by 3 percent. 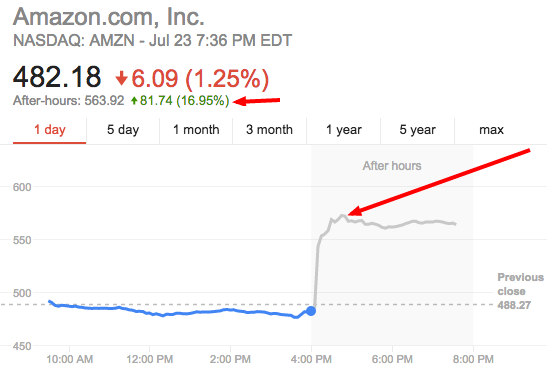 Though Amazon has grown revenues every year since its launch, it hasn’t always posted a profit. Last year Amazon experienced losses for two quarters straight before posting a profit of $214 million in Q4 (holiday sales predictably bolster revenues for the fourth quarter). But the company took a loss of $241 million for the year. Then in Q1 of 2015 it reported another loss of $57 million.

Although Amazon’s cloud business is only a small slice of its overall revenue, its growth indicates to investors that Amazon is capable of diversifying revenue sources to great effect. CEO Jeff Bezos is known for investing lots into potential money-generating projects, but few have yet to succeed (like the Fire phone). 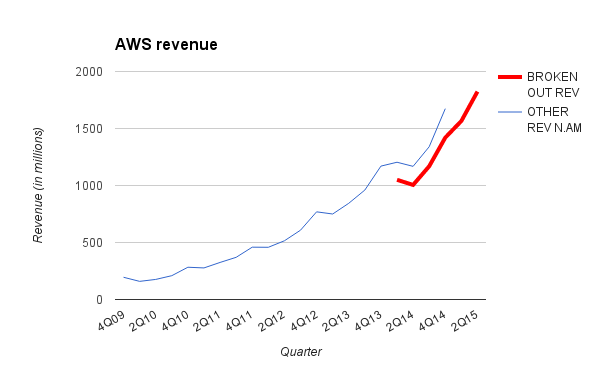 Read more: Why AWS is so crucial to the future of Amazon