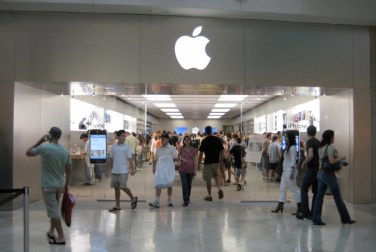 Since Apple announced its forthcoming iPad tablet device last week, there’s been quite a bit of banter about its shortcomings. The device has no camera, no phone, no Flash support, and doesn’t allow multitasking, just to name a few of the issues.

But before you conclude Apple’s made a terrible mistake here, remember, this is exactly how it launched the iPod Touch.

Remember how the iPod Touch came without a camera or speakerphone? It seemed like a no-brainer — why wouldn’t Apple put a camera and a speakerphone in iPod Touch and make it more attractive? After all, the iPhone has both of these features and is still almost the same size as iPod Touch (3G does add a little weight of course). So why does Apple leave out obvious features? Well, here’s why:

1. It doesn’t want to sell too many of one product at the expense of another. So while a few additional features would certainly make iPad more PC-like and open it up to broader sales, they could also eat into MacBook sales (just as adding a speakerphone and video camera to iPod Touch would reduce iPhone’s sales). While Apple is obviously interested in maximizing revenues from iPad, it is even more interested in maximizing its total revenues from all products.

2. Adding more features to iPad would increase its price to a point where it’s no longer affordable. Adding certain features could also compromise its size and performance, and thus defeat the basic selling point of the iPad: its portability and form factor. It’s no secret that iPhone performs better than certain competing operating systems because Apple consciously left out such performance hogging capabilities as Flash and multitasking.

3. Apple believes in doing fewer things right than doing a lot of mediocre things. For example, when iPhone came out, it didn’t have a copy and paste feature because there was no easy way to implement it without a physical keyboard. Since iPhone didn’t have any keys except the home button, Apple had to invent a more intuitive way to copy and paste. Eventually it did come up with the feature, and when it did, it was a brilliant solution, which has since been copied by other touch screen smartphone manufacturers.

4. Time to market is important. Should Apple wait for another year to make iPad “perfect” before it launches it, or launch it when it’s good enough? I’m sure that, with time, Apple will find a solution to do multitasking in a less resource intensive fashion, or the processors on small devices such as iPad and iPhone will become powerful enough to handle multiple applications at the same time (this is assuming that Apple didn prevent multitasking on iPad to avoid reducing Macbook sales). This leaves opportunity for Apple to launch newer versions in the next few months or years, in turn generating more revenue in the long term.

Fundamentally, what Apple’s created in the iPad is a new category of device. By defining the iPad’s feature set the way it has, it’s not creating a new phone or a new kind of PC or just an e-book. It’s creating something new, and — here’s the sticking point, perhaps — the industry is having a hard time deciding if the category Apple’s defining here really makes sense.

Well, the jury’s clearly still out on that, but at this point it does seem that Apple’s the only vendor playing into this new category.

Several other vendors have showed off prototypes this month of tablets due out later this year, and as far as I can tell, they’re all chasing the established categories. Lenovo’s IdeaPad is a particularly interesting hybrid of a netbook and a tablet. You can detach the “monitor”, and take it with you as tablet. However, the high price of $999 isn’t too attractive.

Then there’s the Dell Mini 5, which has a 5 inch screen and is based on the Android operating system. Its size makes it more of a powerful smartphone and less of a tablet, which makes it less interesting for “e magazines”. Its price is unknown at this point.

Then there are at least three slate PCs coming down the pipeline (one from HP), all running Windows 7 and all targeting the PC category. However, there isn’t much information available about them yet.

What is clear about all of them is that they offer more functionality than iPad. If their manufacturers are able to pull off these tablet devices without compromising either size or price (I don’t think they will), they could offer stiff competition to Apple’s iPad, when or shortly after it launches, which means iPad won’t get the same head-start iPhone got when it first launched (Andorid, Palm, and Blackberry were quick to launch competing touchscreen smartphones with competing app stores, but iPhone had already built substantial momentum by then).

Is iPad truly a new category?

Let’s rank Apple’s current products (and other computing devices) in terms of power and mobility. A laptop is on the high end of power but on the low end of mobility. iPhone or iPod Touch on the other hand rank low on power and functionality, but rank highest on mobility. These two attributes make them very different from each other, ensuring that more sales of one product won’t impact sales of the other. It is no wonder that iPhone ate into iPod sales: Both rank high on mobility, and iPhone ranks higher on power and functionality. When the price difference between the two becomes small enough, it doesn’t make a lot of sense to buy an iPod (although arguably Apple has done a good job of keeping them in slightly different buckets: For example, iPod Touch’s maximum storage capacity is 64GB compared to the 160GB of an iPod Classic).

iPad obviously ranks in between a Macbook and an iPhone — both on power and mobility. According to Jobs, neither Macbook nor iPhone does a better job at browsing, email, photos, video, music, gaming, and e-books.A tablet seems to be the best device to use for browsing when you’re laying on the couch watching TV.

How does it then compare with a netbook? Doesn’t a netbook lie in the same spot in our map — between a laptop and a smartphone in terms of power and mobility? And yet a Windows 7 netbook lets you practically replace a laptop, whereas iPad is nowhere near to replacing a MacBook. A third attribute might explain the difference.

While iPad ranks lower than a netbook on the functionality scale, it ranks much higher in form factor. Due to its tablet form factor, it allows things not possible with a netbook. For example, its accelerometer allows developers to design creative games such as F.A.S.T, which detect motion and positioning of the device to move a jet in the game. Moreover, its touchscreen and form factor open up opportunities for media companies that a netbook cannot dream of (more on that in a minute).

This is not to say that the iPad’s better than a netbook — netbooks remain a highly viable category. However, saying that iPad is inferior to netbooks because it doesn’t allow for a webcam or multitasking is missing the point that it allows for a lot of other things that netbooks don’t.

It’s also important to note that most PC manufacturers, such as HP and Dell, didn’t have a choice but to make netbooks, even if it meant lower profit margins. Otherwise Acer and others would eat into their market share as people start buying more netbooks and fewer laptops. On the other hand, Apple would be shooting itself in the foot if it launched a netbook, as that would eat into its MacBook sales. And therefore it makes even more sense for Apple to define a new category.

Three reasons the iPad will outsell the competition

What I’m betting is that, even with more feature-rich tablets on the market, the iPad may sell best for three reasons: First, there’s a huge ecosystem of iPhone apps iPad can immediately tap into, most of which are games, and thus will make iPad an entertainment device from day one of its launch. Second, iPad’s form factor and weight would make it a more likely destination for reading “e magazines”, thus making media partnerships more likely. Third, fewer features mean a lower price.

So what does this all mean for entrepreneurs?

I’m not going to predict that iPad is going to save the media industry, because it isn’t. However, it does give media companies a chance to reinvent themselves by offering beautiful and meaningful content, making full use of iPad’s real estate (screen size). If you want to see what’s possible, watch this video of a tablet being sponsored by Condé Nast, Hearst, Meredith, News Corporation and Time Inc in a project dubbed a “Hulu for Print” by The Economist. What they’re trying to do with their new tablet is already possible in iPad. Few media companies have the expertise to envision and produce such rich and interactive content, and this opens up a tremendous opportunity for players such as Zinio who can help traditional publishers go digital.

Content on iPad would open up opportunities for creative ads and thus open doors to entrepreneurs who want to innovate in “e advertising”. Bigger screen size, higher video quality, and portability allow for greater innovation in advertising business. This would partly pay media companies for their content. Media companies could also subsidize the cost of an iPad for readers buying annual subscriptions, for example.

Although iPad is not a competitor to XBox, Wii, or Playstation, it could present a threat to mobile gaming platforms like PSP and Nintendo DS. What it really does, however, is open up a new market for gaming. iPhone has already proven that it is an extremely successful gaming platform. iPad, with its bigger screen size, offers a lot more possibilities to game developers — for example, allowing them to introduce new and enhanced controls for iPad versions of their iPhone games.

One big reason mobile TV hasn’t picked up is the small screen size of mobile devices. iPad removes that limitation. It makes perfect sense for products such as Boxee that do not have an iPhone app, now to write an app for iPad.

It’s hard to write an analysis before the product is actually out in the market, and even harder when several of its competitors are not out either. But given Apple’s history and a strong developer support, I think iPad will live up to the hype. What would make it even more compelling are media partnerships and a few more powerful apps such as the ones suggested above.

By the way, for more on the pros and cons of the iPad, see our earlier anti-iPad and a counter-post on why critics of the iPad are wrong from Dean Takahashi.