The figures are in, and consumer spending on virtual reality hardware was surprisingly low in 2016. Oculus Rift, HTC Vive, and Sony’s Playstation VR all underperformed against the market’s expectations, leaving some to wonder about the industry’s prospects in 2017. But disappointing sales aren’t the only thing these high-end systems have in common.

Each of these platforms is designed for at-home use. In fact, most of the hype we’ve been hearing over consumer VR has been telling us it’s just a matter of time until we’re all accessing VR worlds from home.

While mobile VR platforms like Google’s Daydream could deliver on the promise of widespread use of VR at home, there’s a real possibility that a more promising launch point will be the kinds of VR experiences that require us to get out of the house.

2017 could be a year that out-of-home virtual reality becomes more common with things like micro amusement parks, VR arcades, and even fitness gamer gyms. The design of physical space is a critical element of good VR, and one benefit of these setups is that the physical layout can be tailor-made for VR.

I’ve been in awe of how much better my own Oculus Rift is now that I’ve added the touch controllers — but I’ve smashed my hands on my dresser enough times to realize that a small San Francisco apartment is not the ideal setup for immersive VR.

I recently had a chance to try out one high-end out-of-home installation at the headquarters of The Void, in Lindon, Utah — a sort of building scale experience with a full stage setup and interactive effects (think big fans blowing wind in your face). The hardware included a VR headset with sound, a vest with haptic vibrations, and a body suit that carries a gaming PC in a backpack. 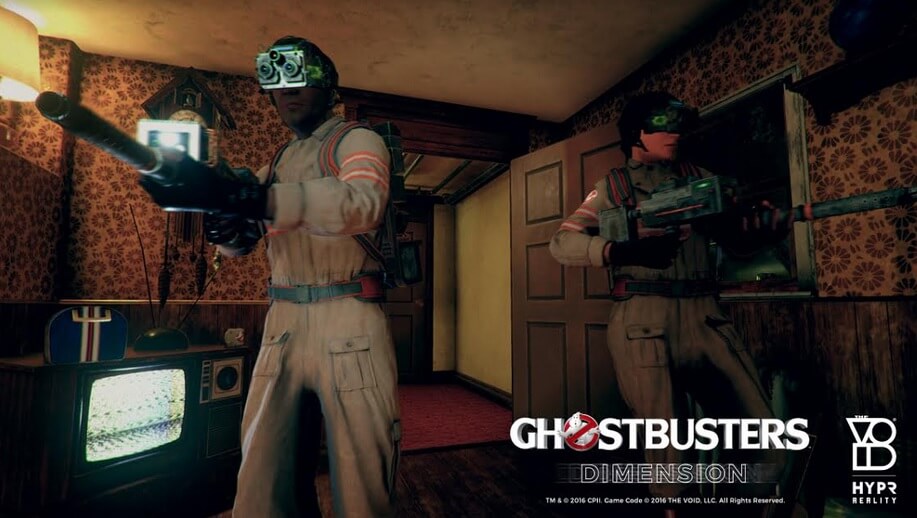 The experience I tried, a Ghostbusters themed game, was not unlike going to laser-tag — except you’re moving around inside a video game world. If a physical object shows up as in the room with you inside the headset, a correlating real world object is there for you to reach out and touch.

This blending of the physical and virtual worlds created one of the most impressive experiences I’ve had in VR yet. In one particular moment I was taken to the ledge of a skyscraper and made to walk across an unreliable looking walkway, with the sound of helicopters circling and wind in my face. The adrenaline that rushed through my body was far more intense than anything I’ve experienced with my Oculus Rift.

The secret sauce with a big-budget setup like the Void is that it brings the full body along for the ride. Others are catching on, including a 360-degree rotating chair experience called the MMone. It’s a sort of carnival ride for the Rift made for roller coasters, flight simulators, racing games, or whatever else. The MM-company, which makes the chair, recently told Venturebeat that it wants to put this in shopping malls all over the place.

Above: Game play with the MMOne

Another project, Icaros, is taking a fitness approach to gaming. While you fly around inside the virtual world, you’re made to stabilize your core and lower back, making for a strenuous workout. The company sold out of its inventory last year, mainly selling to gyms. 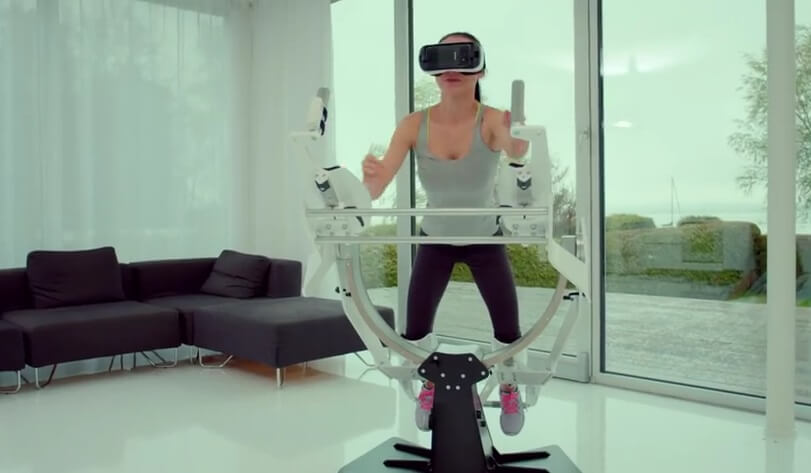 And for VR to finally push into the mainstream, it will need to appeal to the whole family. Two Bit Circus, an ambitious project that just raised a $15 million Series B, is funding the creation of 30,000 square foot micro-amusement parks equipped with multi-person virtual reality, social games, and other mixed reality attractions.

The first of these venues is expected to open early next year in Los Angeles. It’s quite possible an entire generation of kids will grow up with their first virtual reality experience at local attractions like these (and it makes sense coming from the son of a Chuck E Cheese founder).

The number of people who can boast they’ve tried VR for themselves will shoot up in 2017 — but that doesn’t mean that they will have tried it at home. 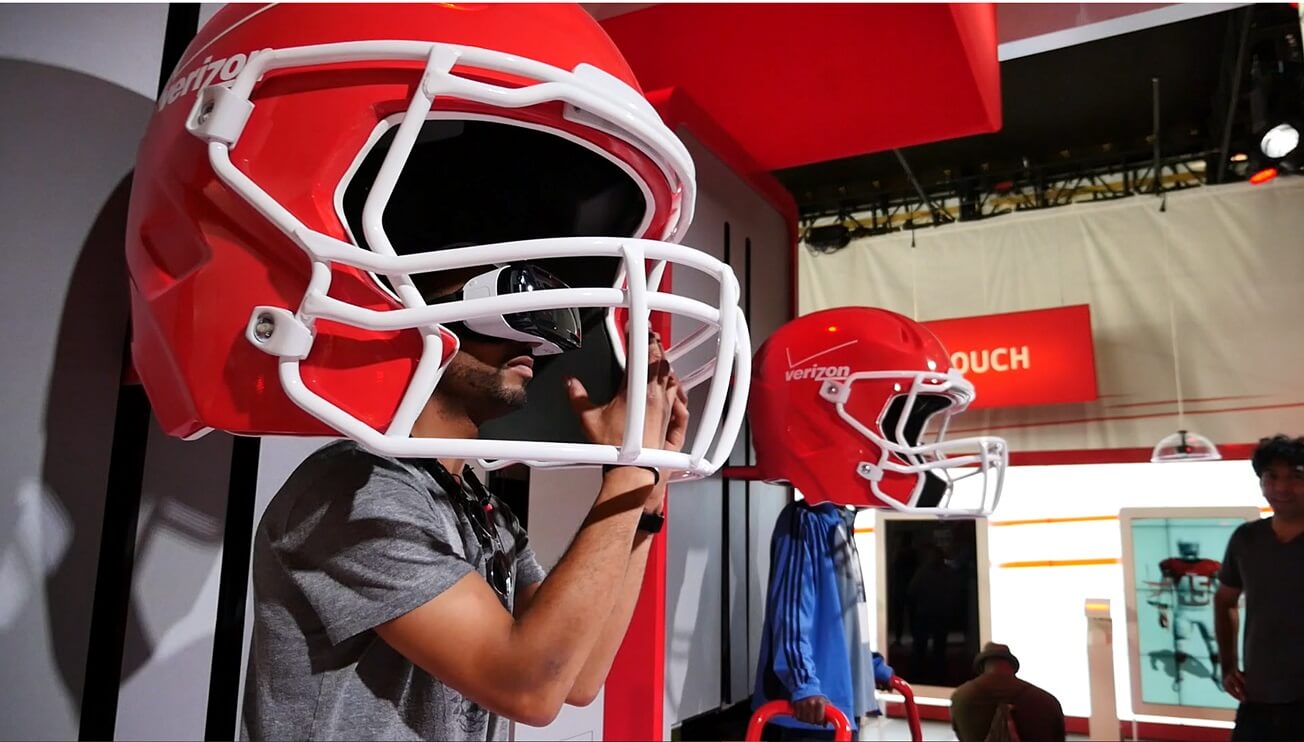 Above: Two Bit Circus’ NFL GameTime VR gave 30,000 people a feel for live action at Super Bowl XLIX by putting users in the cleats of an NFL punt returner. The custom-built oversized helmets were outfitted with surround sound, and vibrating platforms under guests’ feet simulated pounding steps on the field.