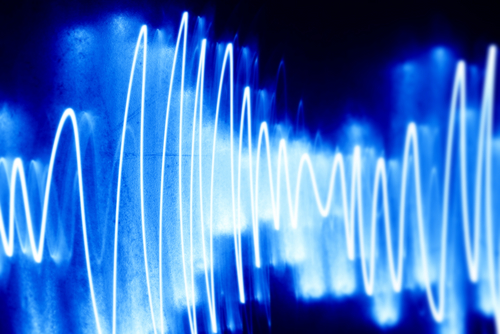 The audio-sharing network SoundCloud, which allows users to share not just music but any audio recording — from company earnings calls to cat impersonations — has just launched a new version, “Next SoundCloud,” at LeWeb in Paris.

VentureBeat once described SoundCloud as “the biggest music startup you have never heard of.” Since then the company landed a reported $50 million in funding and expanded to touch 180 million users (via web, mobile, and partner widgets) a month, an impressive eight percent of the entire online population. One of SoundCloud’s latest users is the White House, which releases Barack Obama’s key speeches and other content via the site.

The Berlin-based company has long wanted to make sound the sixth sense of the social graph. Flipboard, for example, is using SoundCloud to add audio to its content. SoundCloud’s founders are convinced that sound has the potential to be bigger than video, since we listen to it while doing other things, and it’s much easier to create than video. Ljung talked about how he receives sound recordings (rather than the more traditional photos) of his cousin’s new baby.

Human beings derive richer layers of meaning from a voice than from a written sentence. The background sounds when you call someone give you an instant impression of their situation. “If you want to stop being scared when watching a horror movie, you mute the sound. Sound is the emotional carrier,” Ljung said.

Next SoundCloud adds new discovery features like algorithmic recommendations (“Related Sounds”), curation, and reposts. Reposts are similar to Twitter’s RT feature and are a way to amplify the voice of creators. When you join Soundcloud via Facebook, the service will automatically detect what music and sound creators you like so that you can follow them on SoundCloud as well.

At the core of the service is the Soundcloud waveform; a visual representation that allows listeners to add comments at any point in the recording. It was initially developed by Ljung and co-founder Eric Wahlforss as a way to share a piece of music with someone privately and get feedback.

Wahlforss was an artist creating music, while Ljung was a sound designer for TV and films. “We had both been tech geeks all our lives and were really into the whole social web movement around the time of Flickr. But there was no Flickr for music. There was nothing built for artists,” Llung told me. SoundCloud started off as a set of tools for professional and semi-professional music creators. It’s now the standard way for many DJs and music makers to send and receive music. The Berklee College of Music, one of the premier music schools in the world, runs its online courses entirely from SoundCloud.

The startup world may be obsessed with pivots, but SoundCloud has grown from a tiny Berlin startup to a large company without fundamentally changing its mission. “We want to unmute the web,” Ljung told me in an early interview. “We think the web is very silent at the moment.”

SoundCloud was founded in late 2008 and has raised roughly $66 million in funding. It has 160 employees.