You may not have heard of Yiying Lu, but chances are you’ve seen her work for some of tech’s most popular companies. She’s the artist behind one of the most iconic images from the beginning of Web 2.0, the Fail Whale, which Twitter adopted to replace the stale 404 page when the service went down frequently in the late 2000s.

For more than a decade, Lu has spent time creating artwork for companies and helping startups add more personality to their brand. VentureBeat had a chance to chat with Lu about not only the impact of the Fail Whale, but also what she did as an Artrepreneur-in-Residence at IDEO Shanghai and why she believes companies should view art as a currency.

A decade of the “Fail” 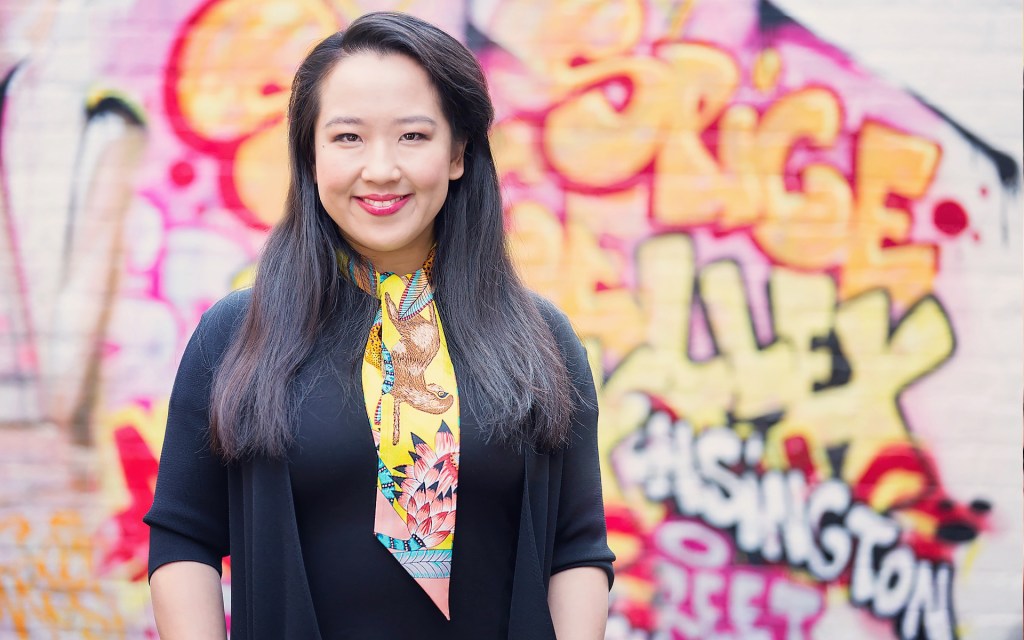 Lu was raised in Shanghai, China, where she ended up enrolling in a technology-focused high school. It was an unusual setting for a teenager with a fondness for literature but not mathematics. But that experience was critical in getting Lu where she is today, as it helped her understand how engineers think.

She opted to become a designer, citing her love of graphics, art, and colors. “I really value just the notion of how to capture the essence through pictures. I’m really into visual storytelling,” Lu explained. It’s this passion that has helped her guide companies as a consultant and as the creative director for 500 Startups.

“I think the thing I do the best is translating the idea of a company into a very simple and iconic visual language. I’m interested in making stuff that actually communicates a meaning or sends a message,” Lu explained. 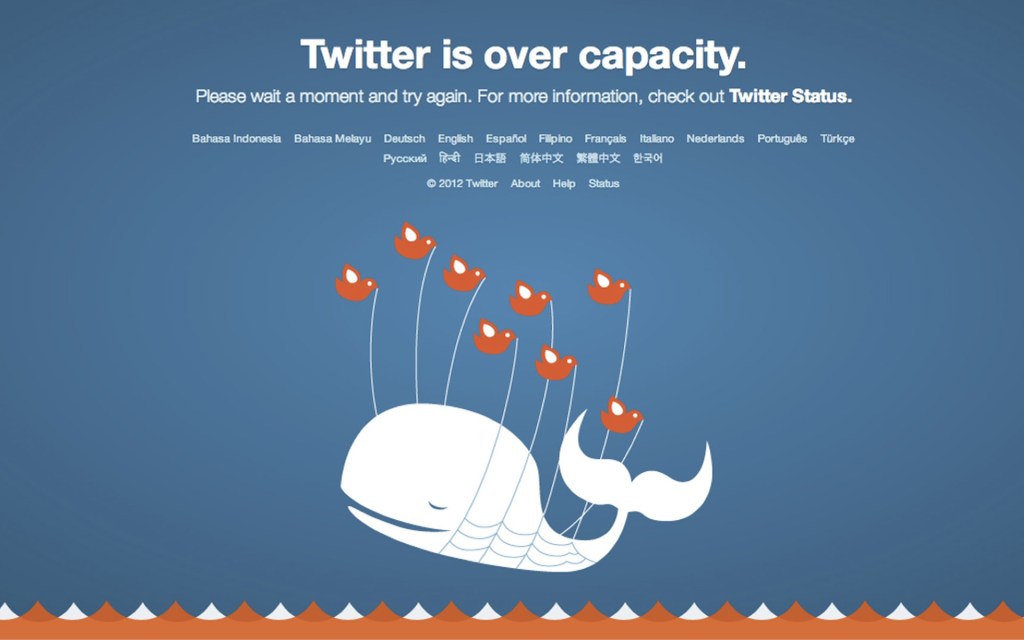 The illustration that became the Fail Whale was one Lu originally made for a friend’s birthday card while she was living in Australia. “Initially, I made it an elephant, but I made it into a whale because I was in New South Wales, and also if you dropped a whale into the water, it’ll survive.” But after Lu published the artwork on social media, it caught the attention of folks at Twitter, which licensed the work.

“What surprised me most about [the Fail Whale’s influence] is how many people I was able to connect myself with,” Lu said. “Just to meet all these wonderful creators from around the world and see how they came up with their own interpretations of the original artwork. It’s very surprising because it’s familiar, but it’s also new because it’s somebody else’s creation that was almost like a mashup.”

She shared that her creation led to an homage by the Nyan Cat artist and even a request by comedian Conan O’Brien to do a special version for his late-night talk show.

Had Lu expected her Fail Whale to become a cultural icon?

“Nobody can expect that,” she said. “If you ask anybody who does a startup these days, they probably don’t expect [to be a breakout success] when creating their startup … It was amazing to see how people caught on.” 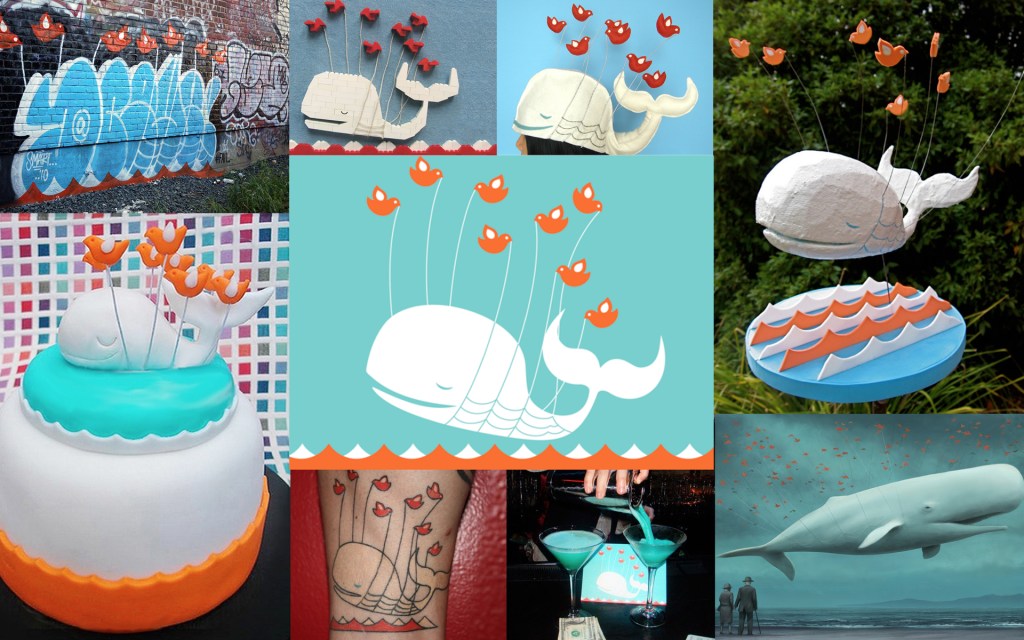 Lu found her work opening doors to not only celebrities, but also those building some of tech’s biggest products. “That was the moment that I realized that the power of art can really transcend linguistic barriers and a lot of other things,” she said. “I think that was the thing that made me most excited, because if you do it just for business, then you never worry about it. You don’t have your name attached to it. It’s amazing that this all happened.”

The Fail Whale has been adopted by companies in other sectors, such  transportation, and has appeared in offline, real-world displays. “I feel the reason why this resonates with people is because they can read beyond the message. The message itself has become more whimsical and playful. I think, in a way, people need that,” Lu said.

Lu believes art should have an impact beyond simple aesthetics. While marketplaces are increasingly filled with similar offerings from competing companies, what stands apart, in her mind, is the creativity behind a product. But do companies need to employ artists or designers? And what is the difference between the two?

“Artists often work alone. They don’t necessarily go and talk to people, and they are making their own art. It’s a pretty lonely practice,” she explained. “Fundamentally, I’m a designer … If art becomes applied art, suddenly it becomes a design because you’re now actually working to solve somebody else’s problem, not yours.”

As a hybrid between the independent artist and the project-dependent designer, Lu sees herself solving clients’ problems, but in her own way. When working with Microsoft, for example, Lu was commissioned to do four pieces of artwork around the Surface Pro. She needed to create the pieces using the device, but she felt comfortable doing so in her own style.

In a way, she’s pushing for companies to think differently when it comes to design — with more emphasis on individual personality. Whether doing work for the Walt Disney Company, Microsoft, 500 Startups, and hundreds of startups, Lu has always opted to add some flair and fun to her work. She believes that doing so can help separate a company from its competitors.

Above: WeChat stickers done by Yiying Lu around dumplings.

“You don’t have to be cute or cartoony. This is not why I’m interested. What I’m interested in people saying is that it’s interesting or humorous, it triggers emotion. Because whatever business you’re in, ultimately it’s people using it,” Lu explained. She went on to cite something Alibaba chief executive Jack Ma once said: “It’s not whether you’re business-to-business or business-to-consumer. It’s always people-to-people. At the end of the day, your users are going to be reacting. Why don’t you make it interesting? Why don’t you make it thoughtful?”

Lu referenced Line as an example of design helping drive revenue. In the messaging app space, competition is certainly fierce. So Japan-based Line chose to stand out by using fun characters. The company has done such a good job marketing those characters that there’s even huge much demand for them in markets where the app is blocked. Lu recalled that at one of Shanghai’s largest malls, a Line pop-up store once racked up $1 million in revenue just thanks to the characters. “This is the power of art — people actually love the technology, but what also captures their attention is more about these things that can engage with their emotions. That was the reason why Line was so successful,” she said. She also speculated that had Twitter followed suit, it might have found itself in a better position today. 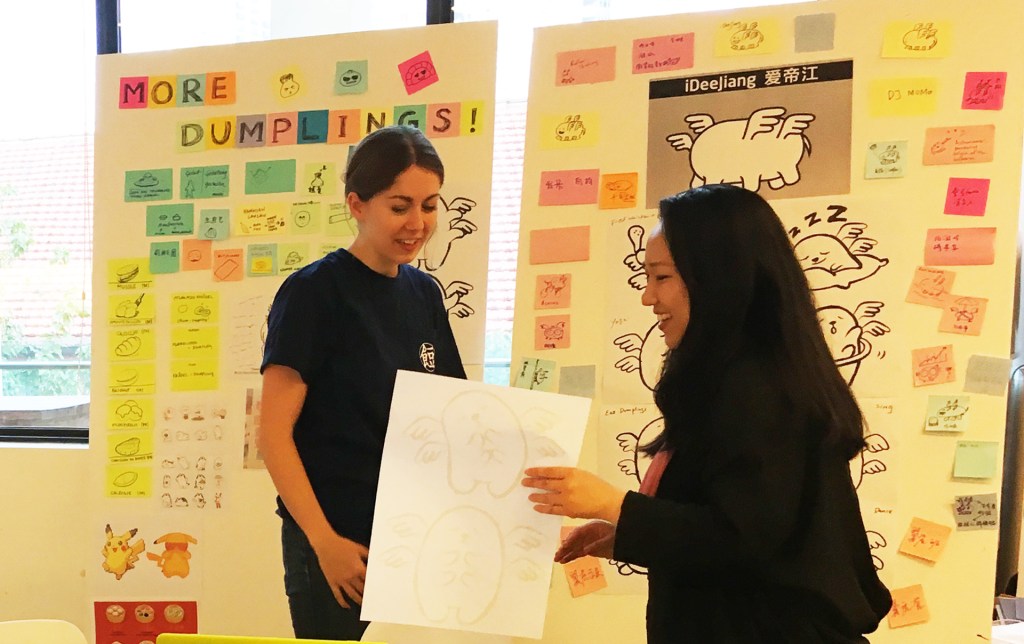 To further share her vision of the role art can play, Lu accepted a position at IDEO Shanghai as its first Artrepreneur-in-Residence, or art-focused Entrepreneur-in-Residence. In this role, she offered counsel to designers on staff, but she was also given free reign to work on whatever inspired her and could therefore inspire others.

As she travels around the world, Lu is convinced that more companies need to enlist the services of artists to reinvigorate stale design and tired approaches. She believes more tech companies should consider bringing on AiRs, in part because artists are able to bring a playful approach to the workplace. “Play can be an amazing catalyst to activate an employee’s creative mind, which helps them to enjoy the working environment and which will help increase their happiness, thereby making them more productive, leading to better company retention, and so on…”

She explains that this shift can be a real catalyst.

“The experience of artists being in a space can really help other people to be more aware that what they’re doing doesn’t define them,” she added. “You are more than your work. I think having artists in the space can keep reminding you that you should be able to enjoy more than what you do.”