70 percent of YouTube views come from outside of the United States. Which of these geographies really matter when it comes to digital video?

Discussions of the subject rarely allude to the distant homes and Internet cafes of the Middle East. But they should. According to Google, Saudi Arabia ranks #1 globally in YouTube views per capita and the Middle East as a whole ranks second, behind the US in total views.

The Middle East is young and restless…

No country in the Middle East has a median age older than 31 (the U.S. is 38, for reference). This translates to 85 percent of Arab Internet users being younger than 40. These young Internet users have time on their hands. Saudi Arabia, for example, suffers from youth unemployment of around 30 percent, and minimal female workforce participation.

It boasts a highly engaged Internet user base

According to a survey conducted by Kleiner Perkins, Saudi Arabians are more likely than any other nationality to share ‘most things’ online. In fact, nine out of ten Internet users in the Middle East peruse social networking sites daily.

Across the Arabian Gulf countries, GDP per capita is $33,000. That’s on par with the European Union. Citizens spend this income online. 43 percent of Internet users in the GCC buy products or services online each month. In fact, according to Visa, the Middle East is the fastest growing e-commerce region in the world at $15 billion, growing 45 percent annually.

Internet penetration in most Arabian Gulf countries is on par or higher than the United States. In fact, according to a Frost & Sullivan report, the UAE is soon expected to be the first country in the world to have 100 percent household broadband internet penetration. Furthermore, consumers in the Gulf are more likely than almost any other geography to own a smartphone. Two of the top five countries by smartphone penetration are in the Arabian Gulf. This has led to a situation where 34 percent of the Saudi Arabian population and 52 percent of the UAE population use smartphones to watch TV.

This all translates to a consumer base that is young, tech savvy, connected, and wealthy. However, with few options for socializing and poor quality TV content, Arabs are turning to the Internet in droves for entertainment. That is why my firm Lumia Capital recently invested in a company called Telly, which is run by a group of talented entrepreneurs who we believe are well situated to fulfill this need.

Serving this population is not easy by any means. Collecting payments is still a big problem, as is censorship, and the constant vagaries of consumer taste. However, entrepreneurs who successfully serve this region will be well-rewarded. 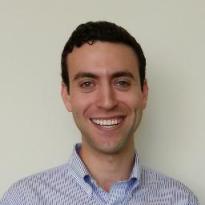