We don’t know much yet about the initiative, dubbed Calico, but Page revealed in a blog post that it will receive funding from Google. Biotechnology mogul Arthur Levinson, 63, who sat on both Google and Apple’s boards and formerly served as the chief executive at Genentech, will lead Calico as its CEO. Levinson said he declined numerous high-profile CEO positions before agreeing to join Calico.

“This was just so out of the [blue] that I instantly got extremely excited about it,” Dr. Levinson said in a rare interview with the New York Times.

Few details have emerged since the initial announcement, but Calico has continued to generate intense excitement among geneticists and biotech experts. Adding fuel to the fire, Levinson recently lured some of the most well regarded scientists out of semi-retirement or away from high-ranking research positions.

As we previously reported, Hal Barron will leave his post as the chief medical officer at Roche to oversee research and development at Calico, which is a huge get for such an early-stage venture. Dr. Robert Cohen, a senior oncologist at Genentech has also signed on, along with Dr. Cynthia Kenyon, 55, a molecular biologist who discovered a genetic mutation that can double the lifespan of a tiny round worm, and David Botstein, 71, the director of the Lewis-Sigler Institute for Integrative Genomics at Princeton University.

The quartet of high-profile recruits is expected to begin work on Calico in the next few weeks and relocate to the Bay Area to join Levinson.

Calico is bold, but it’s not as “out of the blue” as you might as expect. These researchers have already contributed to anti-aging research in various ways. Dr. Kenyon delivered a TED talk on the topic after her team discovered that we don’t just wear out, like cars or an old shoe. In fact, aging is subject to control by the genes — and specifically by hormones.

Kenyon’s research team at UCSF has already performed early genetic studies, which have proven successful, on mice, rats, and worms. Kenyon, who found a genetic mutation that can double the life of a species of worm, believes a new therapeutic or pill could replicate some of these effects in humans. 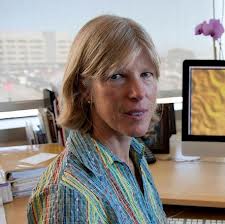 Above: Cynthia Kenyon doesn’t believe aging is something that just “happens.”

The timing may be just right for a project like Calico. And unlike the vast majority of Silicon Valley’s startups, the technology is addressing a need that is keenly felt by many of us. Most people are in a constant battle against aging and will pay exorbitant sums of money to slow down the rate that our bodies deteriorate.

“Biology and medicine have been increasingly reductionist — focusing on specific biological targets or pathways and narrow medical specialties,” said Camille Samuels, an early-stage biotech investor based in San Francisco. However, she believes the field is realizing the “futility of fixing an individual problem, like heart disease, when the rest of the body is rotting.”

Can this startup slow aging?

In a recent issue of TIME, Page discussed how Calico will treat aging and related diseases. He didn’t reveal much about the methodology, but stressed that Calico’s team will “shoot for the things that are really, really important.” The goal for Calico’s research according to Page, is to help prevent many diseases and have a greater impact on public health than drugs that target individual diseases.

“Biotech entrepreneurs usually start with a technology and then try to find an application for it, [but] in this case, Calico and some of the other longevity bets I’ve seen are starting out with the application – human aging —  and still hunting for the technological solution” said Samuels, who sits on the board of biotech ventures Achaogen, Kythera Pharmaceuticals, and Carmenta. “That’s a far better approach for health care,” she added.

Samuels says the company is already “trolling for biology,” meaning that it is on the hunt for talent. Rather than starting completely from scratch, Calico will seek out potentially relevant research and experiments that are already underway at different institutions.

Indeed, despite the lack of concrete information, scientists seem intrigued. After my initial report on Calico, well over a dozen academics reached out to ask how they could get in touch with Levinson — we rarely see this level of interest for an early-stage venture.

By all accounts, the recruiting process is well underway. Several sources familiar with the matter said that a couple weeks ago, Levinson sent an email to current and former Genentech employees introducing the venture and implying that interested parties should get in touch. Presumably, Calico will hire the bulk of its first employees from Genentech, the biotech giant where Levinson, Cohen, and Barron held leadership positions. After more than two decades, Levinson left Genentech in 2009 after the acquisition by Roche, a move that was considered by the scientific community to be a loss for the company.

Can Calico succeed where others have failed? 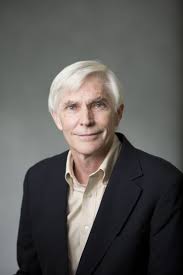 Early excitement aside, Calico isn’t the first company in the anti-aging space. Other well-funded startups have tried and failed to stunt the aging process.

Most anti-aging initiatives today exist purely as nonprofits and have no clear plans for commercial products. Related initiatives have been downsized over the years, including Sirtris Pharmaceuticals, which was acquired by pharma giant GlaxoSmithKline for $720 million.

“Historically, the whole field of aging research has been very underfunded and filled with sketchy people,” said Aaron Rowe, a director of clinical research at a startup called Integrated Plasmonics, in an interview. “As soon as a scientist says that they want to slow or reverse aging, they lose their credibility.”

That said, recent developments in the field have made anti-aging seem like a viable field of study. Researchers are investigating the rejuvinatize effects of stem cells, and building nano-scale technologies that can insert drugs into the deepest recesses of our bodies. And in 2010, news broke about Brooke Greenberg, a teenage girl who remained the size of an infant due to a rare genetic disorder. Scientists interested in her case scanned the genes for clues about what controls aging in human beings.

In addition, the mere fact that five such renowned scientists are joining Calico adds much-needed legitimacy to the space.

Will we lead longer and healthier lives?

Researchers and bio-tech entrepreneurs we spoke with have vastly different ideas for how Calico will tackle aging. Rowe said it’s his “best guess” that Calico will focus on “biologics that promote tissue regeneration, extend the upper limit of human lifespan, and help seniors feel healthier.”

Dr. Peter Huber, a fellow at conservative think thank The Manhattan Institute for Policy Research, predicts Calico will focus on genetic engineering to manipulate the body’s repair chemistry. Samuels expects the team will study the “whole human body and its aging rather than a narrow body part,” such as the human heart or the brain.

Researchers we spoke with seemed to agree on one thing: Calico is our best shot at making real process to prevent aging.

“If we want to fight aging directly, there’s no other way to go. The government is unlikely to fund this kind of work, and the Food and Drug Administration (FDA) may well make it almost impossible to get potential antidotes licensed,” said Huber, who recently penned the book The Cure in the Code. “But the company backed by Google’s pattern-recognition expertise and resources may be able to go where no one else currently dares to venture,” he explained. 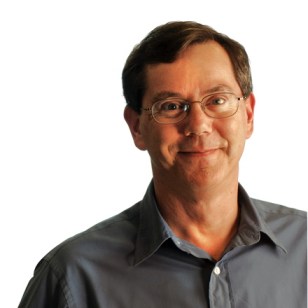 As is the case with any truly innovative technology, it won’t be easy. Already, reporters are speculating Calico’s leadership team will raise eyebrows among federal regulators in Washington, DC. A company run by an Apple board member and having received Google funding may prove problematic, given that these companies are locked in fierce competition for mobile device supremacy. A reporter at TIME recently questioned whether Levinson’s Apple and Google ties would pose a conflict of interest.

The FDA will also pose hurdles along the way, although Levinson has plenty of experience dealing with health-focused regulation.

For this reason, we shouldn’t expect to see immediate results. Health care is not a three-to-five year proposition (for this reason, many venture capitalists have shied away from the sector, despite the size of the market). Dr. Huber, an expert on health policy and regulation, says this kind of medicine can take decades to evaluate, and reach the public.

“The FDA, the tort system, and the vaccine market have taught most drug companies everything they care to learn about the perils of look-ahead medicine,” he explained.

That said, Levinson remains optimistic about Calico’s chances. “I’m confident that we are going to do some really great science on aging,” he said at a Genentech event in Washington, DC, in October. Despite the challenges, Dr. Huber agrees, given that we are fast acquiring the ability to re-engineer our own chemistry down to the molecular level.

“All in all, it does look like that we already have, or know how to develop much of the toolkit that could be used to launch a systematic attack on aging,” he said.

Interested to learn more about the field of anti-aging? Don’t miss this TED talk, in which Dr. Kenyon describes recent experiments that hint at longer lives.