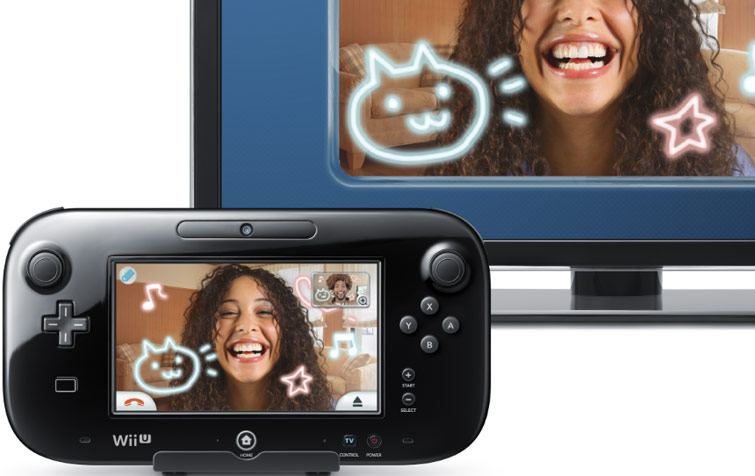 The Nintendo Wii U video game console is now hitting homes everywhere gamers who must have the newest new thing out — and it’s coming with high quality video-conferencing technology built-in. That technology, I learned last week, is actually the basis for a content delivery platform that its provider thinks is a billion-dollar opportunity.

Until now, it’s been a mystery who was providing the video-conferencing technology in the Wii U. It turns out that Vidyo, the same company that powers Google Hangouts, helped Nintendo deliver living-room teleconferencing.

Vidyo is “disrupting” business-to-business video conferencing with a fairly radical price point — free — and is now looking to expand its reach in business-to-consumer, via the living room.

“We’re trying to bring video-conferencing to the world,” Vidyo chief executive Ofer Shapiro told me last week. “We want to carry it to the masses.”

That’s not because Vidyo wants to display Skype for simple person-to-person video communication. Rather, it’s because it sees a whole new consumer platform based on simple, high-quality, living-room teleconferencing capability.

“Imagine the yoga teacher doing online yoga to 50 people,” Shapiro said. “Think about an audience of 100 million people … for instance buying a subscription for an online Zumba class.”

People have that capability now, Shapiro admits, on devices such as laptops, tablets, and netbooks. But when it’s in the living room, on the big screen, it’s different, he argues. Different enough to create a new way for content creators, teachers, coaches, speakers, and others find and build an audience for live video content.

“The big screen,” he told me,” is more social. You can move around … certain things are better in that environment. Also some people are still more fearful of computers — this reduces the barrier. It’s a market expansion.”

The first uses of Vidyo’s technology, of course, are the in-game experiences and the video chat built into Nintendo’s Miiverse. It’s a software-based solution that runs on Wii OS and does not require any special hardware, Vidyo’s senior VP Amnon Gavish, told me.

Gavish would not reveal the quality of the Wii U’s video-conferencing technology, saying only that it is “excellent, but not trying to have the same quality as a professional system.”

With this deal, Vidyo now has more than 25 partners including Google, NTT, Philips, and others who are bringing its technology to market. Most of those are revenue-share deals focuses on expanding the market for video-based conferencing. Now with Nintendo, Vidyo has a unique opportunity to hit the mainstream — and the living room — at the same time.

That all depends, however, on whether the Wii U is a market success or not.