For the last several days, international whistleblowing organization WikiLeaks had been promoting an event that many believed would be a massive release of information that would doom the Clinton campaign.

That information was supposed to come at a livestreamed press conference that started today at 10 a.m. Central European Time. In other words, for those who detest Clinton in the U.S., they’d have to start watching at 4 a.m. on the East Coast and 1 a.m. on the West Coast.

Awaiting bombshell from Julian Assange/@wikileaks. @HillaryClinton's house of cards about to come crashing down. @infowars has live feed!

And stay up all night they did. #WikiLeaks and #OctoberSurprise and #JulianAssange were all trending on Twitter.

But, it turned out that there was no big reveal. Instead, the event was really a celebration of WikiLeaks’ 10th anniversary.

The first hour of the event was dedicated to reviewing WikiLeaks’ biggest document leaks, and a review of the legal pressure and threats the organization has received from the United States. Founder Julian Assange, currently trying to avoid extradition for a rape case in Sweden, is currently a refugee at the Ecuadorian embassy in London. 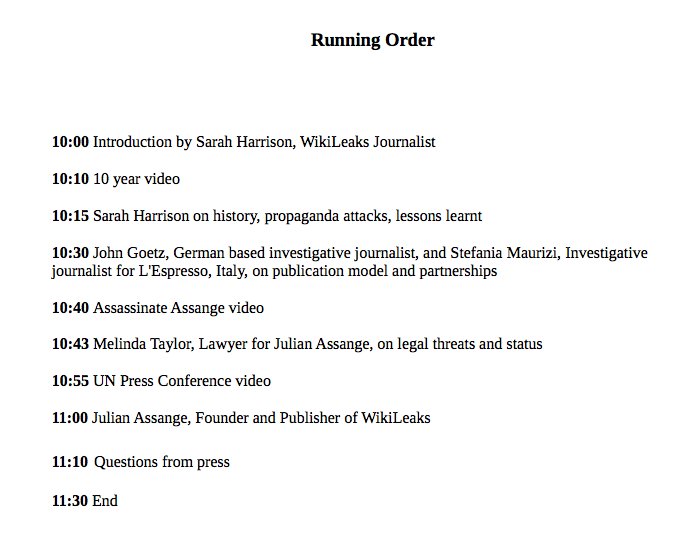 After the first hour, Assange finally appeared at the event via a livestream. And he began his remarks by offering his thoughts on the impact WikiLeaks has had. 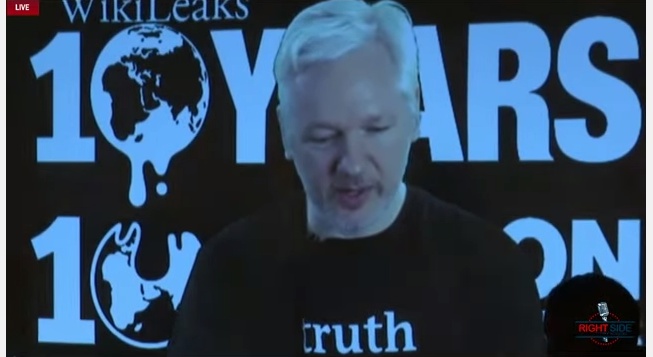 After about 10 minutes, Assange threw a big bucket of cold water on the whole hype: “Understand, if we’re going to make a big publication, we’re not going to do it at 3 a.m. in the United States.”

He did say there would still be a big something coming. He said that between now and the November 8 election, WikiLeaks would be publishing weekly documents related to Google, arms, the election, and some other stuff.

We've been trolled by Julian Assange.

In fact, not only did Assange not reveal anything, he actually tried to play down the notion that he was engaging in a feud with Clinton. The organization noted that the idea that it was helping the Russian government was spin by Clinton defenders trying to downplay revelations in the emails it release from the Democratic National Party.

Assange and others pointed out that WikiLeaks has published large numbers of documents about Russia. He said that, personally, he bears no animosity toward Clinton.

“There’s been a lot of misquoting of me and WikiLeaks on this,” he said. “In this case, the notion that I hate Clinton or that I intend to destroy her. All those are false. They come about because here defenders are trying to personalize our publications.”