WikiLeaks.org has posted tens of thousands of classified military field reports about the Afghanistan war, saying its goal was to expose unethical behavior by governments and corporations.

The disclosure is perhaps the most controversial yet since the organization was founded in December, 2006. Other disclosures include internal memos about the dumping of toxic waste near Africa’s coast, the membership of a racist British party, and the prison manual for Guantanamo Bay.

The lesson for tech companies, and everyone else, is clear. Secret documents have a way of becoming public. A spokesman for the U.S. National Security Council strongly condemned the latest leak, saying it would put American lives in danger.

“We believe that transparency in government activities leads to reduced corruption, better government and stronger democracies,” the organization’s web site says. “All governments can benefit from increased scrutiny by the world community, as well as their own people. We believe this scrutiny requires information.” 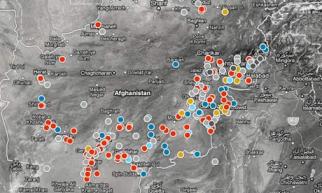 The organization said it withheld the publication of about 15,000 documents for a few days until it could redact the names of people in the reports whose safety could be jeopardized by disclosure. The site is run by London-based founder Julian Assange.

Steven Aftergood, head of the project on government secrecy at the Federation of American Scientists, wrote in a blog posting on June 28 that WikiLeaks engages in “information vandalism” with no regard for privacy or social usefulness. “WikiLeaks must be counted among the enemies of open society because it does not respect the rule of law nor does it honor the rights of individuals,” he wrote.

Three weeks ago, charges were filed against an American soldier in Iraq who reportedly leaked a video that showed an American helicopter attack that killed 12 people, including a Reuters reporter and a photographer. WikiLeaks made the video public.

The Guardian has taken the content from the latest leak and created a map of key incidents in the Afghan war.