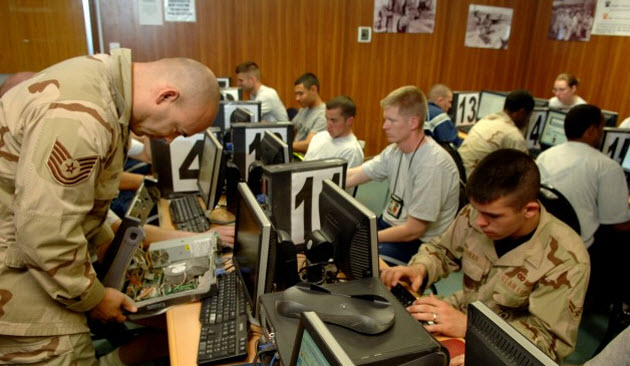 The WikiLeaks news continued today. First, WikiLeaks founder Julian Assange was ordered released on bail by a judge in England today. But Assange remained in jail as Swedish authorities decided to fight the judge’s decision to grant bail.

Assange is being held on charges that he sexually assaulted two Swedish women. During the hearing, the chief magistrate, Howard Riddle, agreed that reporters could send tweets as long as they did so quietly and did not disturb the court. Bail has been set at 200,000 pounds.

Also, three hackers were arrested in the wake of the distributed denial of service (DDoS) attacks on the web sites of companies that cut WikiLeaks loose in the face of official pressure. Authorities found the name of designer Alex Tapanaris embedded in a PDF press release that was purported to have come from the hacker group, Anonymous, that launched the cyber attacks. Tapanaris’s web site was taken down, and he has reportedly been arrested. Other hackers with ties to Anonymous were reportedly arrested in the Netherlands. Their identities may have been given away by the Low Orbit Ion Cannon (LOIC) software, which was used to carry out the attacks and had user information with it.

Two teens have been arrested for sure, including a 16-year-old from The Hague who was allegedly involved in Operation Payback, which was the name of the revenge campaign to get back at WikiLeaks’ former partners such as Visa, MasterCard and PayPal. The second Dutch teen arrested was Martijn Gonlag of Hoogezand-Sappemeer. The timeline for the attacks has been kept at the PandaLabs blog. WikiLeaks got hit with cyber attacks first and then Anonymous announced retaliation. Given the nature of the arrests, it’s not clear if we’re in the midst of a full-blown cyber war or if the attacks are the work of a small group.

Lastly, the U.S. Air Force blocked access to the New York Times to prevent personnel from reading the WikiLeaks cables that the New York Times is publishing. It’s also blocking publications such as the Guardian, Le Monde, El Pais, and Der Spiegel on Air Force computers. Of course, this is a losing game, as there are a lot of other sites that are running copies of WikiLeaks content. Wired rightly said this was like trying to put toothpaste back into a tube.