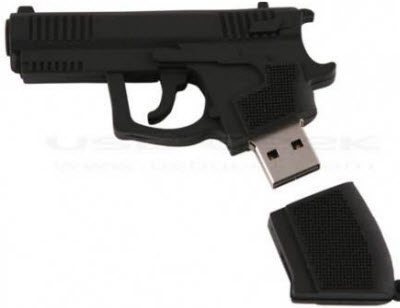 The WikiLeaks news juggernaut continued to spread today. And the impact on the world of technology looks like it’s going to be deep.

The fallout from whistle-blower site’s release of secret government documents hit the removable media industry today. The military has decided to ban the use of DVDs, CDs, thumb drives and other removable media that can transfer data from a computer to a portable device. Anyone who violates the order faces court-martial.

That’s because U.S. Army private Bradley Manning is suspected of downloading hundreds of thousands of files from the Defense Department and giving the files to WikiLeaks. The Pentagon wants to disable removable media on all computers with classified data. Can major corporations, who also value their secrecy, be far behind? In all likelihood, the crackdown won’t last. But you can bet there are plenty of people who are thinking about designing computer systems where it’s impossible to steal data and get away with it.

Hackers continued to come to the defense of WikiLeaks. Headed by a group called Anonymous, the hackers are attacking the sites of companies that have cut ties to WikiLeaks, bringing down sites belong to Visa, MasterCard, PayPal Amazon, and others.

While WikiLeaks founder Julian Assange is in jail in England, awaiting extradition to Sweden on sex charges, WikiLeaks continues to operate. WikiLeaks itself has been under attack as well. But the organization distanced itself from the cyber attackers.

In a Tweet, Wikileaks spokeswoman Kristinn Hrafnsson said: “We neither condemn nor applaud these attacks. We believe they are a reflection of public opinion on the actions of the targets.”

Marcia Hoffman of the Electronic Frontier Foundation said in an interview with NPR that it’s sad that attackers are defending the free speech rights of WikiLeaks by trying to silence the speech of anti-WikiLeaks corporations.

Meanwhile, Ars Technica reported that Dutch police have arrested a 16-year-old teen associated with the revenge attacks on the companies. The unnamed teen’s computers were seized after it was found that some of the attacks originated in the Netherlands.

It’s hard to say where this is all going. The Google Trends chart shows there is enormous interest in the subject of WikiLeaks at the moment.

WikiLeaks will likely find it harder to operate in the future, and the U.S. government will likely find it impossible to crush WikiLeaks and maintain its ideals of freedom. For now, both the Obama administration and the hackers themselves would do well to heed the voice of the Economist, which has weighed in with this advice about whether it makes sense to crack down extremely hard on WikiLeaks.

“The best lessons to bear in mind are those learned in such costly fashion during the past decade of the ‘war on terror’. Deal with the source of the problem, not just its symptoms. Keep the moral high ground. And pick fights you can win.”