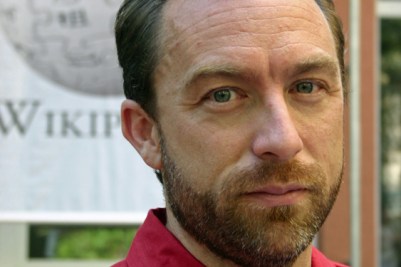 After hinting at a site-wide blackout to combat the SOPA anti-piracy bill, Wikipedia founder Jimmy Wales confirmed today that the English version of the free encyclopedia will go offline on Wednesday, January 18.

Channeling the energy of an excited teenager, Wales (pictured) tweeted this morning, “This is going to be wow. I hope Wikipedia will melt phone systems in Washington on Wednesday. Tell everyone you know!”

The announcement comes on the heels of Congress’ decision today to shelve the SOPA vote, as well as the White House’s weekend smackdown of SOPA and any other similar anti-piracy measure, like its sister PIPA bill in the Senate. A Wikipedia blackout seemed inevitable, especially since 87 percent of the site’s polled members said that they opposed SOPA.

If passed, SOPA and PIPA would give the government and copyright holders the ability to block websites with content they deem to be infringing or pirated.

During the blackout, which will begin at midnight Eastern Standard Time, the Wikipedia English home page will display a message asking users to reach out to their Congressional representatives. Wales said that the blackout was a “community decision.” The German version of the site will run a banner about SOPA, while other languages “will make their own decisions,” Wales said.

Wikipedia will join the ranks of companies like Reddit who have chosen protest SOPA and PIPA on January 18.