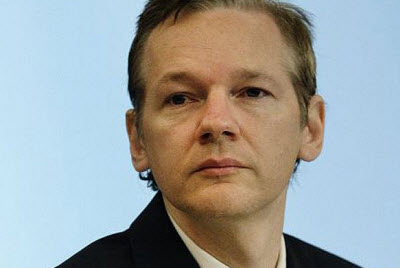 Julian Assange, the founder of WikilLeaks, is planning to turn himself into police to face questioning over allegations of rape and other crimes in Sweden. The question is whether that will end the cyber leak war that has been happening for weeks.

The case is a test of just how far internet freedoms can go, since WikiLeaks has come under fire from governments around the world for making classified documents public on the internet. It’s unclear whether such leaks would continue if Assange is arrested and prosecuted, although Assange has said himself that if anything happens to him, further sensitive documents would automatically go live.

Newspapers have reported that Assange is expected to hand himself into police as early as Tuesday, after the Swedish authorities issued a European Arrest Warrant. Assange has been hiding in the southeast of England. The development follows news that Swiss authorities have closed down one of Assange’s bank accounts. The 39-year-old Australian has been operating WikiLeaks from secret locations.

Wikileaks stirred an enormous controversy as it released secret documents related to the wars in Iraq and Afghanistan earlier this year and then released secret U.S. diplomatic cables in recent days. WikiLeaks also published a list of hundreds of sensitive sites around the world that the U.S. fears could come under attack.

Kristinn Hrafnsson, spokesman for WikiLeaks, told the Guardian that Assange had to keep a low profile after several threats on his life. But Sweden’s Supreme Court upheld an order seeking to detain Assange for questioning related to charges of rape, sexual molestation and unlawful coercion. Assange has denied wrongdoing.

WikiLeaks has faced increasing troubles since its publication of the 251,000 secret documents. It lost its domain name service provider, EveryDNS.net, because that company came under a huge cyberattack and had to jettison WikiLeaks. And Amazon also stopped providing web-hosting services to WikiLeaks, saying its display of stolen content had violated Amazon’s terms of service. The Swiss Bank, Postfinance, said it shut his bank account after it found Assange gave a false address.