Simulated sex in virtual reality is popular both in the U.S. and Japan. And one Japanese company is hoping that its adult VR game will make the leap into the West.

Ayaka Hahn, CEO of ImagineVR, a Los Angeles company with Japanese investors, said that her company distributes the title on its VR content platform. 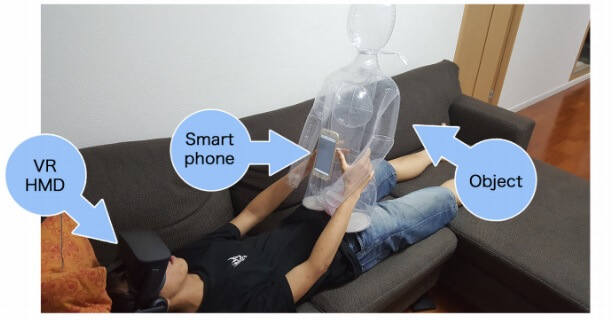 You can use your smartphone’s gyro sensor syncs with the app and the animated figure in the VR app, Hahn said. Players join Nanai in her room and have sex with her, using the torso of a physical doll to simulate the feeling of having sex. The players can change her outfit and underwear using gaze controls.

The controls for this game are simple. You attach a smartphone to a surrogate body, and Nanai will react according to the movements of that body. You can have “simulated sex” with the virtual character using a variety of positions. Hahn said the “sex action is pretty ‘soft’ as the game theme is a ‘sweet first-time sex with your girlfriend.'”

The developer, an indie group dubbed VRJCC, created the game as they reminisced about the times when they went through college without girlfriends. So they figured they would create a virtual girlfriend. The game debuted in Japan in the summer of 2016.