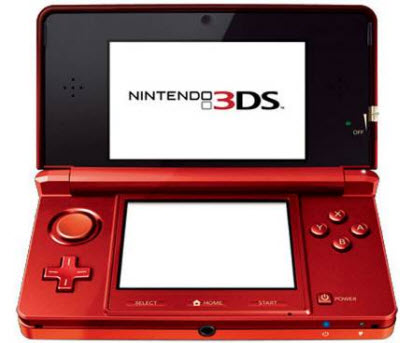 Nintendo has forecast that it will sell 4 million 3DS handheld units in the fourth fiscal quarter ended March 31. But will the handheld, which can play glasses-free stereoscopic 3D games, live up to expectations in the long term?

Researchers at market research firm Screen Digest predict that the 3DS will be unable to match the sales numbers of the original Nintendo DS, which has sold more than 145 million units.

Screen Digest predicts rapid adoption of the 3DS in 2011, with sales reaching 11.6 million this year. But growing competition from the the iPod Touch, tablets, and smartphones will likely limit long-term sales of the 3DS, according to a trio of stories on Industry Gamers.

By 2015, Screen Digest expects 3DS sales to hit 70 million, down from 91 million in sales for the DS in a similar time frame. An added threat: a survey shows that 40 percent of teens plan to buy an iPhone in the next six months.

Doug Creutz, an analyst at Cowen & Co., said the 3DS probably sold 750,000 units during its first five days on sale in the U.S. at the close of March. Wedbush Securities analyst Michael Pachter estimated the 3DS sold 500,000 units.

Lazard Capital Markets analyst Colin Sebastian said he believes that the 3DS is already slowing down.

“Based on our recent checks, we believe that sales of the 3DS have slowed considerably since the initial launch window, although the Easter holiday could provide a near-term boost,” he said in a note.

He also said Wii sales are fading and Nintendo is likely to consider price cuts or software bundles in the summer for the video game console.