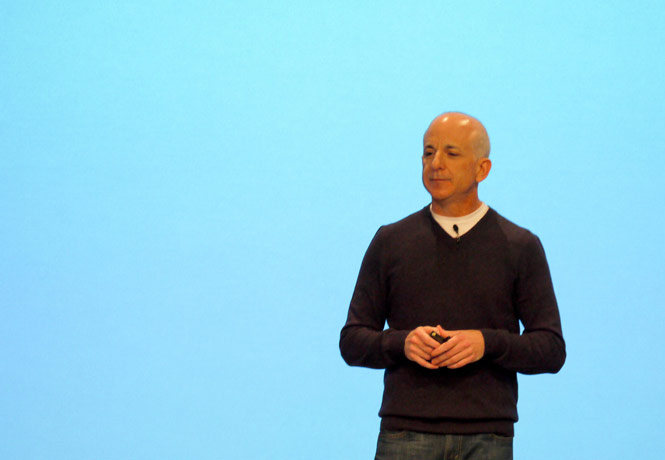 Just weeks after two of the most important launches in Microsoft history, the architect of Windows 8 and Microsoft Surface is gone. As we reported yesterday, Steven Sinofsky is out.

The question is, what does that mean for the future of Windows and Surface?

To help answer that question, I talked to Patrick Moorhead of MoorInsights, who has worked with Sinofsky on multiple occasions and talked to others he works with. The upshot is that it’s possible Steven Sinofsky is another Scott Forstall: an ass-kicker who gets stuff done … at a cost.

“He was a very alienating character. He alienated partners, he alienated ISVs, he alienated other people at Microsoft, and left a trail of disenfranchised people,” Moorhead told me.

“It’s very similar to the recent departure from Apple of Scott Forstall,” he added. “I’ve worked for people like this … they end up getting a lot of things done — amazing things, actually — but they hurt a lot of people.”

That’s something others have noted as well, citing a “relentlessly aggressive style.”

Sinofsky’s exit comes just two weeks before VentureBeat’s CloudBeat 2012 event, which will assemble the biggest names in the cloud story. Microsoft’s Windows 8 single kernel play across desktops, tablets and mobile was clearly a big part of its cloud strategy, along with Azure. Customers at this event will be front and center, and will provide insights into what really works, who’s buying what, and where the industry is going. CloudBeat happens November 28-29 in Redwood City, Calif. Register today!

Sinofsky was in charge of Windows 7, a massive success that Microsoft badly needed after faltering steps like Vista. And, though it’s too early to say whether Windows 8 is going to be a complete success, there’s no question that Sinofsky has re-imagined the Windows experience. Our own Microsoft expert says that it “stuns and amazes,” even if it does sometime let users down.

Both his work on Windows 7 and Windows 8 gave Microsoft a modern desktop operating system after years spent in the XP and Vista wilderness. And Sinofsky’s work on Surface promises — yes, still only promises – to make Microsoft relevant in the tablet marketplace.

And it’s something that former Microsoft EVP and chief operating officer Bob Herbold would seem to appreciate. He was with Microsoft during its period of rapid growth from 1994 to 2001 and is emphatic about ignoring consensus.

“As small organizations start to get large, they make decisions by consensus, which is the kiss of death. Great ideas are made by individuals. Consensus takes a great idea and makes it average.”

That said, Sinofsky’s replacement on the Windows software and hardware side is no slouch: Julie Larson-Green. She led program management for both Windows 7 and Windows 8, which means that all the threads came together through her. Program managers, however, sometimes have the bark without the bite.

And it’s one thing to ignore consensus and charge forward on the path you believe to be right, another thing to be abrasive, difficult, and demeaning along the way.

“This is the very classic story of the autocrat who can get mountains of people to do something, and is not afraid to ruffle feathers,” says Moorhead, “but as companies grow, priorities change.”

Microsoft CEO Steve Ballmer, for one, thinks innovation can happen without the alienation, saying that the company “has more amazing” in it. At the very least, the switch is a chance to prove that you don’t have to be a jerk to get stuff done.