Microsoft today announced that Windows 10 is now installed on over 400 million devices. It took the latest and greatest operating system from the company about 14 months to hit the new milestone. 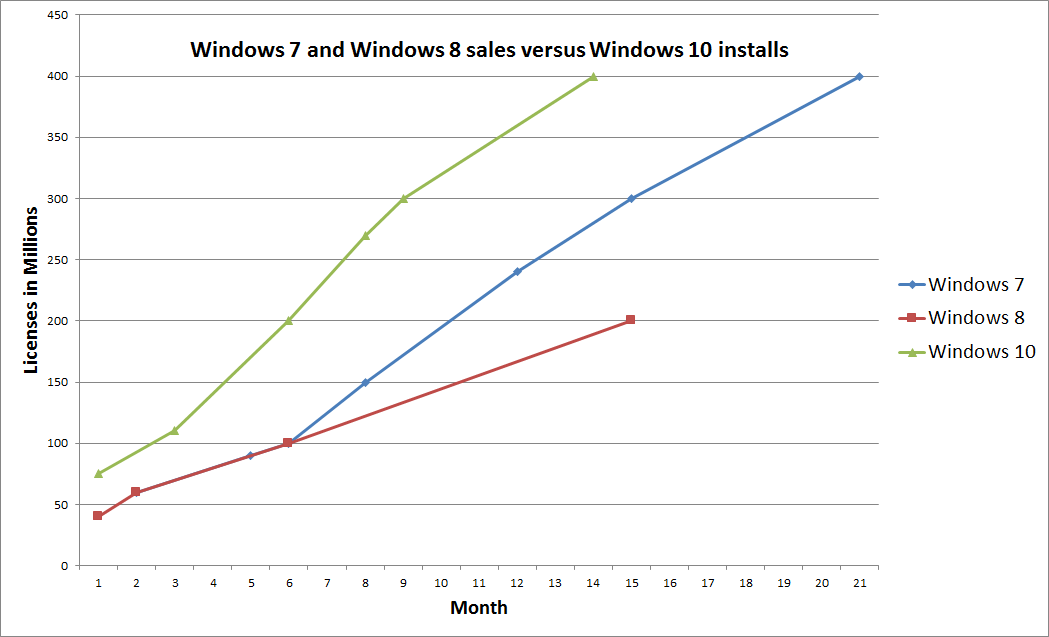 As you can see, Windows 7 and Windows 8 milestones were similar for the first six months or so, though it quickly became clear that Windows 8 was not selling as quickly as its predecessor did. Windows 10 has been ahead of both from the start, and while the slope of its growth has become less steep, it’s still very strong. Windows 10 got to 400 million devices about 7 months sooner than Windows 7.

Windows 10 adoption is faster than its predecessors for a number of reasons. Here are the three big ones:

Windows 10 is a service, meaning it was built in a very different way than its predecessors so it can be regularly updated with not just fixes but new features too. The most recent significant update is the Windows 10 Anniversary Update, released last month.