Microsoft is announcing today that it will give away a full racing game, Forza Motorsport 6: Apex, to Windows 10 gamers for no charge. The free game is intended to draw more PC fans into the Forza racing franchise as the company seeks to shore up fans on both the Xbox One game console and Windows PCs.

The free content is a bold move by Microsoft to expand a highly successful racing franchise.

“We are a first-party team,” Greenawalt said. “That gives us great opportunities and cool challenges. Why is it free? Because we can.” 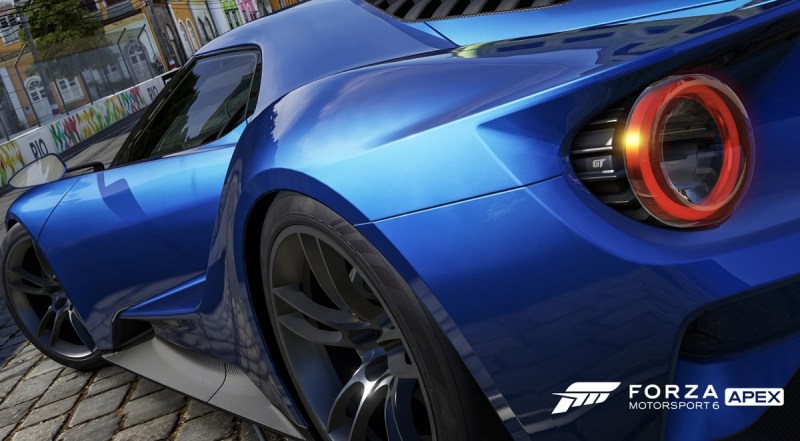 Above: Forza Motorsport 6: Apex will debut in 4K resolution for PC gamers.

The game can exploit the DirectX 12 applications programming interface (API) and run in 4K resolution on the right monitors. The game will launch this spring as a digital download for Windows 10 store. It’s a curated, focused experience for gamers. It will use keyboard, mouse, and gamepad controls. Support for driving wheels will come later. Microsoft will describe the tracks, cars, and races later. Altogether, there will be 63 cars and more than 20 tracks in six locations. It will feature wet weather and night variants.

In Apex, you can progress by racing. The more races you win and the more objectives you hit within a race, the more things you can unlock. There will be something like a dozen race events. Each event will be more than just a race, and Microsoft will emphasize “storytelling” in the race.

“This is our opportunity to craft a new experience with a very specific intention of welcoming a new group of gamers into the Forza franchise,” said Andy Beaudoin, design director on Apex, in a presentation for the press at Microsoft’s Xbox spring showcase in San Francisco. “We’ve added new gameplay mechanics and race modes that make it more approachable for a new audience.”

From now on, Microsoft will make Forza games that will run on both Windows and Xbox devices. The ForzaTech graphics and physics engine has been adapted to create new versions of Forza for either platform in a variety of resolutions.

In another announcement, Microsoft said it is launching a new Porsche Expansion for Forza Motorsport 6. The expansion has 20 new Porsche models from across 60 years of models. The expansion will sell for $20 for Xbox One owners, and it is available now. You can shortcut the progression system and buy things with real money. But that’s purely optional.

“We want to bring new players into Forza, and we’re not dwelling on monetizing this,” Greenawalt said. 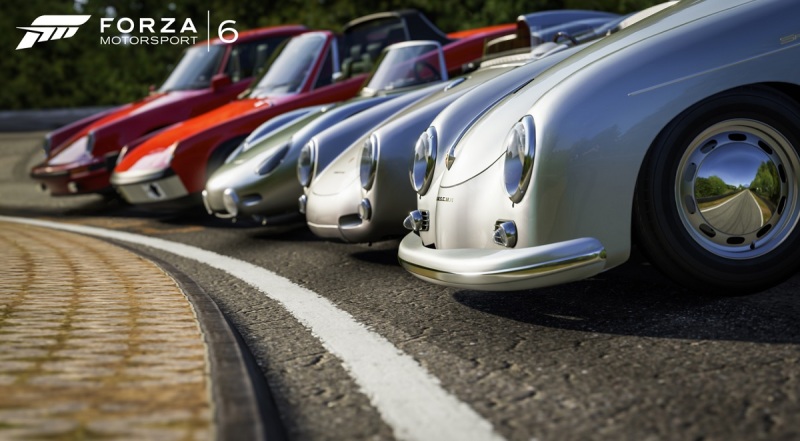