Even with free upgrades, Windows 10 adoption has significantly slowed down. After four months, Windows 10 has captured just 9 percent market share, according to the latest figures from Net Applications.

Windows 10 was installed on over 75 million PCs in its first four weeks, and passed 110 million after 10 weeks. While we don’t have a more recent figure yet, Microsoft is aiming to have 1 billion devices running Windows 10 “in two to three years” — though that includes not just PCs, but smartphones, consoles, and other devices as well.

Windows 10 had 7.94 percent market share in October, and gained 1.06 percentage points to hit 9.00 percent in November. Growth has dramatically slowed already: Windows 10 jumped almost 5 percentage points in its first month, but has only gained a little over 1 point each month since. In the hopes of countering this slowdown, Microsoft has announced a Baidu partnership to push Windows 10 in China, as well as a plan to make Windows 10 a “recommended update,” which would make Windows 7 and Windows 8.1 users more likely to install it. 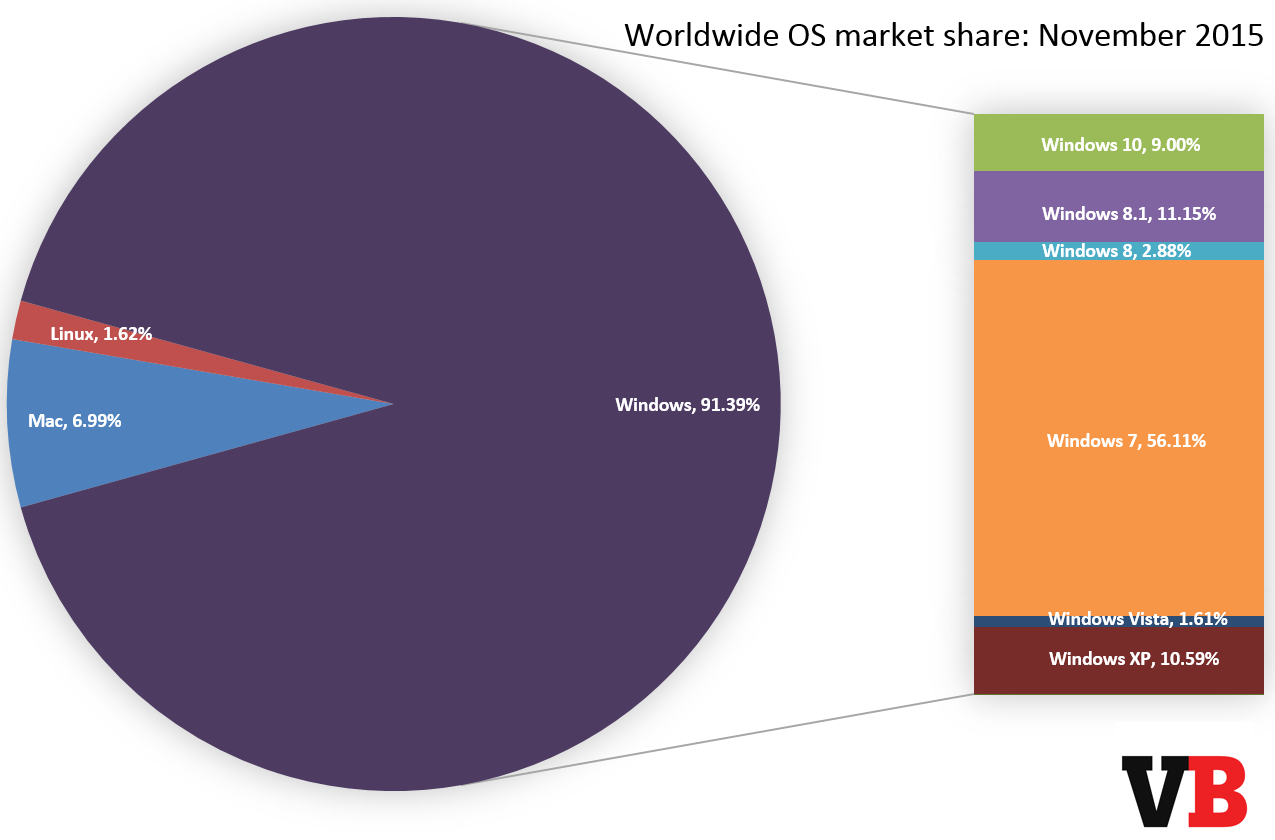 What’s curious is that in November, Windows 10’s predecessors did not slip as in previous months. Windows 8 managed to regain 0.34 percentage points to 2.88 percent, while Windows 8.1 grabbed another 0.47 points to 11.15 percent. Together, they owned 14.03 percent of the market at the end of November. Still, the duo will fall below the 10 percent mark next year, despite having never even passed the 20 percent market share mark (the peak was 16.45 percent in May).

Before Windows 10’s debut, Windows 7 passed the 60 percent market share mark in June. It’s also unlikely to ever to see that figure again, though it did manage to gain 0.40 points to 56.11 percent.

Despite Windows 10’s inevitable rise, Windows 7 will likely keep its title of most popular OS for a long time. Windows 7 overtook Windows XP way back in September 2012 and has never looked back, steadily increasing its share. At this point, it doesn’t even look ready to fall under the 50 percent mark.

Windows Vista slipped 0.13 points to 1.61 percent, while Windows XP fell 1.09 points to 10.59 percent. The free upgrade to Windows 10 doesn’t apply to Vista or XP, but Microsoft is likely still hoping XP sees single market share digits this year, as businesses are still reacting to the operating system’s end of support in April 2014. 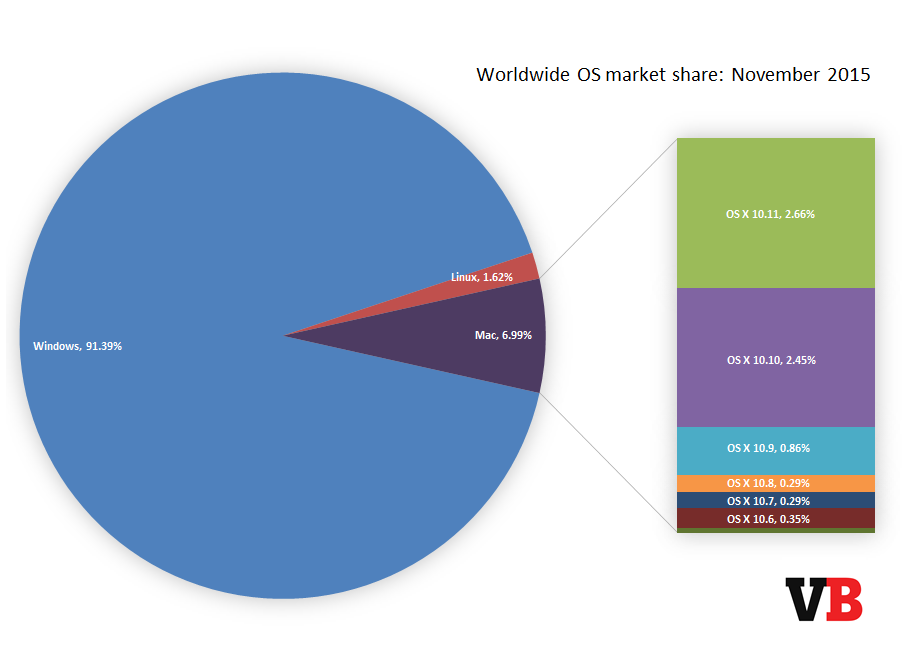 If you prefer usage market share, you’ll want to get your data from StatCounter, which looks at 15 billion page views every month. The operating system figures for November are available here.