One year after its release, Windows 10 has passed 20 percent market share. That means one in five computers are now running the latest and greatest operating system from Microsoft, according to Net Applications.

Windows 10 had 19.14 percent market share in June and gained 1.99 percentage points in July to hit 21.13 percent. Windows 10 market share growth has slowed over the past few months, but with the free upgrade expiring at the end of July, there was naturally a rush for many to upgrade before the deadline. 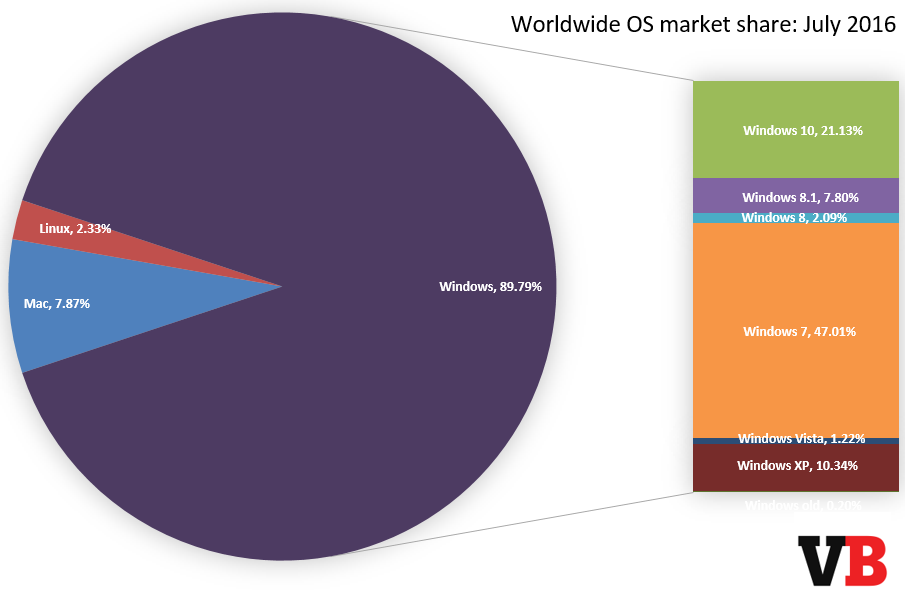 Windows Vista managed to gain 0.01 points to 1.22 percent, and Windows XP also somehow rebounded 0.56 points to 10.34 percent. The free upgrade to Windows 10 doesn’t apply to Vista or XP, so while they have been losing share overall, their decline isn’t as steady.

If you prefer usage market share, you’ll want to get your data from StatCounter, which looks at 15 billion page views every month. The operating system figures for July are available here.