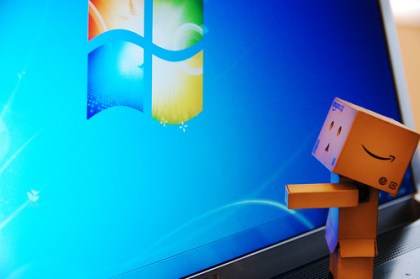 Microsoft won’t be ready to deliver its first operating system built with tablets in mind, Windows 8, until late 2012, Bloomberg reports.

That timing falls in line with what most expected for Windows 8. Since Windows 7 was released in late 2009, it seemed impossible for Microsoft to deliver its successor in 2011.

If this news is true, then Microsoft will only have Windows 7 to rely on for tablets this year and most of 2012. That hasn’t worked out well for the company so far, as it has led to failed devices like HP’s Slate. By the time Windows 8 is released, Apple will have released its third iPad iteration, and Android tablets will likely have evolved significantly.

I’ve argued that Microsoft should look to its mobile Windows Embedded Compact 7 platform for its tablet OS instead of once again trying to rework a desktop OS to fit a tablet interface. Microsoft could conceivably have some master plan in mind for Windows 8 on tablets. But history doesn’t inspire much hope. The company tried to convince us that Windows XP was a tablet operating system for years, and when that failed it ignored the tablet market altogether. Microsoft’s many failures with bringing Windows to tablets proved that desktop interfaces are meant for the keyboard and mouse, not multitouch interaction.

Microsoft is reportedly working on making Windows 8 more tablet friendly than any previous version of Windows. It may also bring in some design elements from Windows Phone 7’s spiffy “Metro” interface. The company announced earlier this year that it’s bringing Windows to ARM processors, which would allow Windows to run on the same sort of mobile chips powering Android tablets today, including Nvidia’s Tegra line of mobile chips.