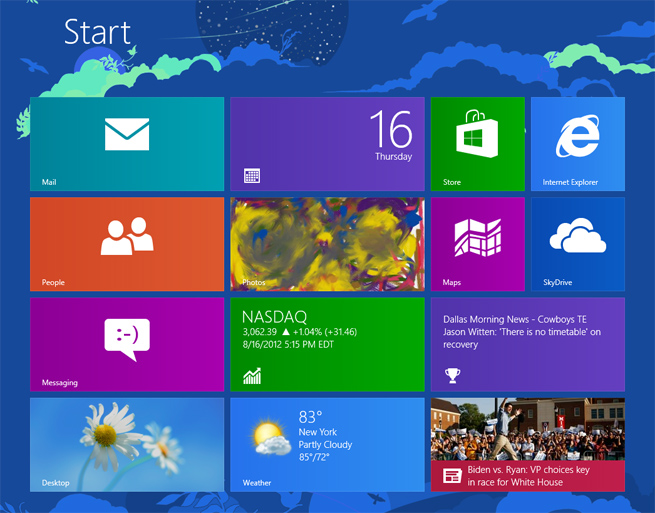 Microsoft released the final build of Windows 8, dubbed “RTM,” to developers and manufacturers last week. So how will it work on your desktop when it lands on Oct. 26?

Based on my tests, not very well. In fact, if you’re still using a desktop PC, you’re probably going to dislike Windows 8.

Microsoft has designed Windows 8 to work across almost all devices, with the exception of smartphones, a nearly one-size-fits-all approach to the operating system. That’s a marked contrast to Apple’s decision to use iOS for tablets and phones, and OS X on desktops.

On top of this, Windows 8 will share a kernel with Windows Phone 8 to make it easier for developers to create apps and games that work for both.

Unfortunately, Windows 8 doesn’t work equally well for all devices. How I work on a desktop is going to be different from how I work on a tablet. Using my fingers to navigate through Windows is a wholly different experience than using a mouse to click on things.

With Windows 8, Microsoft favors tablets, touchscreens, and laptops with modern touchpads. It works very well for these kinds of computers. Traditional desktops with a keyboard and mouse, on the other hand, have been left in the dust.

True, a major part of the OS is devoted to the traditional Windows desktop. The desktop view is there if you need to run older Windows applications, or if you just want a familiar-looking interface.

But the desktop view isn’t what Microsoft is pushing. Much like Apple’s Mac App Store, there will be a Windows 8 Store available for downloading the new full-screen apps Microsoft is betting heavily on. (Notably, the store won’t offer older Windows programs at all.) These new Windows 8-style apps appear on your computer’s Start screen and run in a full-screen mode without menu bars or toolbars. Microsoft has referred to its Windows Phone and Windows 8 interfaces as “Metro”, but it has ditched the term and not yet given us a replacement, so I’ll refer to it as the “modern” design. Indeed, much of the focus for Windows 8 is on the sleek Start screen (image above).

Now let’s dig into some of desktop issues. (Let us know what other issues you see for the desktop in the comments.)

Dead mouse — Windows 8 isn’t meant for mice — it’s meant for fingers. The spread-out Start screen is more ideal for tapping than clicking, whereas the Start menu in Windows 7 is crammed into a tighter space to make it easier to click individual items. Scrolling using your mouse now moves the screen left and right instead of up and down. Mouse scrolling can be problematic inside some modern apps. Parts of the Bing Weather app, for example, are meant to be scrolled up and down and can interrupt you. (Check out this video for an illustration of this problem.) Basically, scrolling through apps with your fingers is much easier.

Right-clicking — When you right click your mouse in Windows 7, a menu pops up next to where you clicked to give you more options. Right clicking a picture, for example, brings up options like Preview, Cut, Copy, or Delete. Right-clicking a program on the desktop Taskbar gives you lots of helpful options too. But right-click menus go out the window in Windows 8, unless you’re using an old-style desktop app. Now, instead of a menu of options appearing right where you clicked, a limited number of options appear at the bottom of the screen. You now need to move your mouse to the bottom of the screen to select an option, and this gets incredibly tedious in modern apps and on the Start screen.

Small displays — The modern-style Start screen and modern apps look great on tablet screens and small displays, but they can get a little messy on a desktop PC with a large monitor. Modern apps aren’t optimized for larger resolutions, although Microsoft makes it possible to scale apps. Microsoft is preparing Windows 8 for the world where 10- to 13-inch monitors are the norm, as ZDNet points out. Thankfully, Windows 8 at least includes decent multi-monitor support for power desktop users with two monitors.

Full-screen apps — Windows 8 already has some killer apps. Unfortunately, these apps are almost all better suited for tablets than desktops. There’s no “X” in the corner to exit apps in a single click like you can in Windows 7. Instead you have to click the very top of an app and drag it to the bottom of a screen to close it — an easy gesture on a touchscreen, but a laborious exercise with a mouse. It’s also not as easy to switch between these modern apps as it was with old-style desktop apps and the Windows 7 Taskbar.

Screen splitting — Another issue with modern apps is the space allocated to them on the screen. When I work, I often divide my screen in two equal-sized windows. Modern apps don’t do this. You can only allocate roughly 25 percent of the screen to one app while the other 75 percent is taken up by another. This layout is not conducive to multitasking. Thankfully, you can still do a 50-50 split, or whatever tiling you’re used to, in the desktop area.

Hidden apps — It can be hard to find programs meant for the old-style Windows desktop if you don’t know where to go. From the desktop screen, you cannot launch desktop apps that aren’t already pinned to the Taskbar. That’s because the Start button is gone. Let’s say you use the Calculator app often. To access it, you have to go to the Start screen, right-click the screen, go to the bottom right-hand corner and select All Apps, then select Calculator. Once Calculator is open on the Desktop, you need to pin it to the Taskbar or you have to go through all of those steps again the next time you want it.

Internet Explorer tabs — This last point is minor, but the modern version of Internet Explorer 10 has no visible tabs. If you want to switch between tabs, you have to right click inside Internet Explorer to reveal your open tabs. I rely heavily on tabs to get my work done, so if you need them like I do, you’ll have to use old-style Internet Explorer from the desktop. While I don’t use Internet Explorer, it’s what comes available out of the box and many folks still use it. Alternately, you can download and use Google Chrome, which includes tabs in its modern app.

In its current form, Windows 8 is a tablet-centric OS. The interface works best on tablets, and we can’t wait to see it running on devices like the Microsoft Surface.

Windows 7 and Windows 8 are different beasts, and workflow is different when you have to deal with the Start screen versus the Start button. In Windows 7, I can do everything I can think of from a single screen. I can launch apps from the Taskbar or the Start button, I can easily re-size all my apps in different windows as needed, and everything feels optimized for an external mouse and keyboard.

Windows 8 requires me to switch between the desktop and the Start screen, which feels unnecessary. It shouldn’t take me extra steps if I choose to use a mouse, and that leads me to believe that Microsoft wants us to use tablets or ultrabooks instead of desktops. It also wants us to use full-screen modern apps instead of windowed desktop apps. (One exception: Microsoft Office 2013, which you launch from the Desktop but is more touch-friendly than past versions.)

The problems listed above show Microsoft is willing to alienate desktop users in favor of an interface that embraces touch screens and trackpads. Many businesses still rely on desktops for their workers, and it’s plausible that Windows 7 will remain the top choice for those businesses. That said, companies could adopt Windows 8 for tablets and hybrid laptops they want to deploy to workers.

After spending much time with Windows 8, I can’t recommend it for advanced desktop users unless Microsoft makes interface tweaks to make it more desktop-friendly. I don’t plan to upgrade my desktop from Windows 7 to 8 at launch because Windows 7 works so well. After several years of usage, I consider Windows 7 the best desktop OS ever, and I prefer it to Apple’s also-great Mountain Lion OS.

I expect Windows 7, with its 630 million licenses sold, will remain an incredibly popular OS for the next 10 years — just like Windows XP.