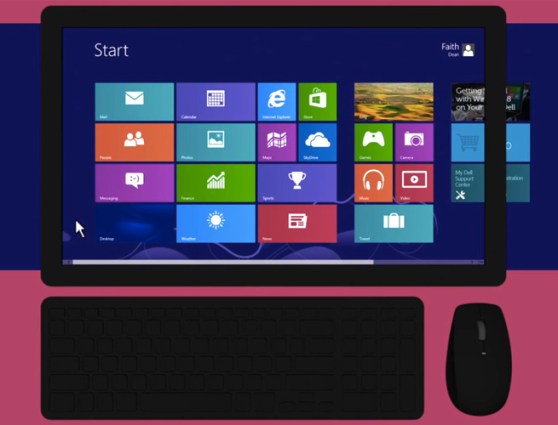 No. 3 PC vendor Dell will include tutorial videos for Windows 8 on its latest PCs and tablets running the new Microsoft operating system, a move to help consumers learn the new interface and make it less intimidating.

While Windows 8 isn’t as complicated as one might initially think, it is a major change from the design Windows has had for the past 17 years. There is no Start button and some basic interactions are different. Many folks have complained that it’s simply too different. In turn, Windows 8 will require some training and hand-holding for the many people who don’t like change.

Thankfully Dell appears to be taking a step that Microsoft hasn’t yet. Microsoft does offer a short tutorial when you boot Windows 8 for the first time, but it is awfully short and doesn’t explain some of the important keyboard shortcuts people should know. It also doesn’t let you easily watch the tutorial again if you didn’t quite catch the new features the first time.

The Windows 8 Start screen on Dell machines will have a tile that takes you to six great tutorial videos that walk a user through many of Windows 8’s interface changes. For example, it clearly shows how someone can use a mouse to make the Start button appear in the bottom left corner of the screen.

At an event today in New York City where I looked over Dell’s Windows 8 lineup, Dell VP of computing products Kirk Schell told me and a small group of press that any new operating system required some educational efforts. In the case of Windows 8, he said he was happy Dell would provide some help to get a handle on the new interface.

“There’s a lot of cool new stuff,” Schell said. “You’re going to want to know how to use it.”

Check out a few of the videos Dell has created by clicking the links below.