TouchDevelop allows developers to write code directly on any device while using sensors and media via high-level APIs. The integration means you can import “hundreds of thousands” of TouchDevelop apps and games as a data source, which Microsoft hopes will in turn improve the quality and complexity of apps created with Windows App Studio. Not all apps can be imported in this release; you can test the functionality by copying your script ID into the TouchDevelop DataSource. 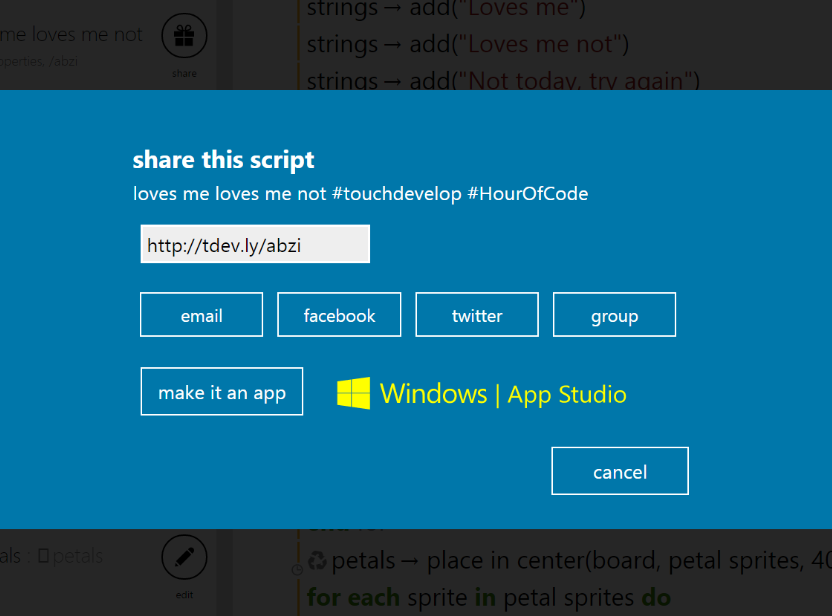 Developers can add single or multiple TouchDevelop sections to add richer features to their apps; with just a few clicks, TouchDevelop scripts are imported into App Studio, ready to generate an AppX package to sideload on phones, tablets, and PCs. Naturally, the resulting apps can also be published to the Windows Store and Windows Phone Store.

Next up, universal WAT creation means you can build apps that will run on phones, PCs, and tablets. Microsoft hopes website owners will package mobile-optimized versions of their sites into a universal app and publish it on its app stores. 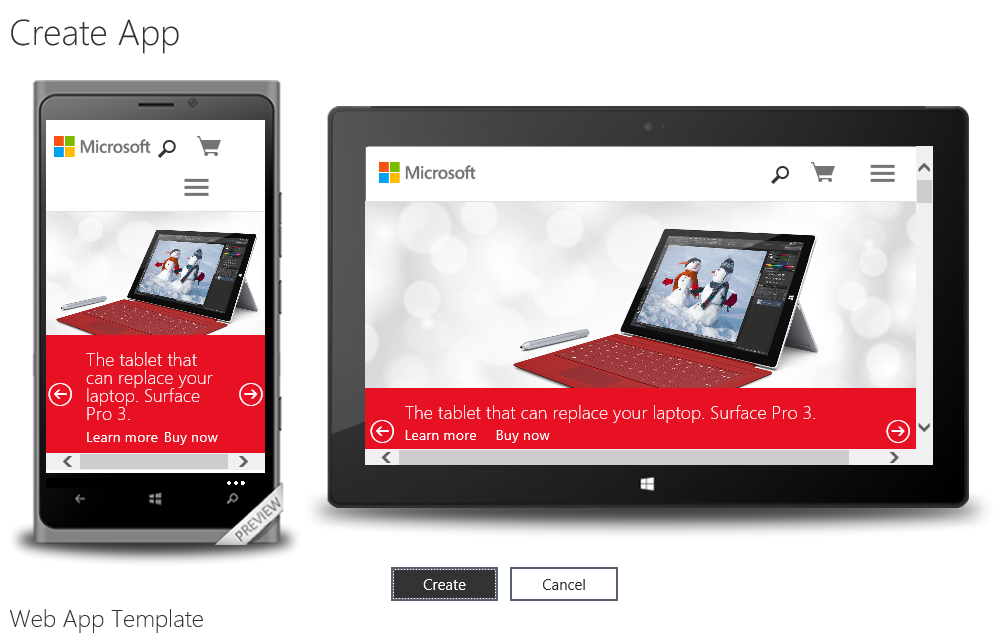 Finally, the coding workflow has been tweaked to give developers enhanced feedback about the background process that runs the code generation, compilation, building, and signing tasks. The build platform has also been updated to use the latest version of Visual Studio Community Edition 2013, which arrived last month.

Windows App Studio is still in beta, and Microsoft didn’t say when it expects to release the first stable version. By the company’s count, the tool now has over 2.3 million users, with a potential 250,000 registered TouchDevelop users that may join following today’s release.