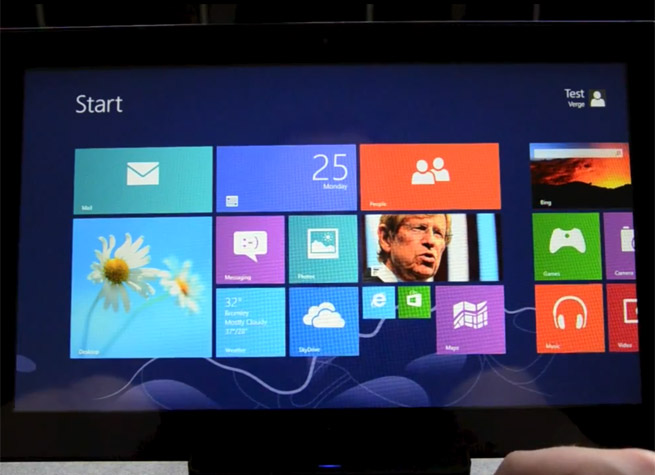 While screenshots of Windows Blue — the next version of Windows — leaked yesterday, it appears the flood of new details is continuing. The Verge has posted a video walkthrough with an early version of Blue.

Windows Blue is a code name for a major upgrade to Windows 8 that should offer new features and functionality. Microsoft hasn’t revealed much on its own, but from the leaks, we can tell that Blue could offer improvements and fixes for some of the the most glaring problems in Windows 8.

The video walkthrough shows some of improvements in action, including changing the size of Live Tiles on the Start screen to large, medium, and small and snapping two Windows 8 apps side-by-side, with each app taking up 50 percent of the screen. (Right now you can only do a 70-30 split, and it’s highly annoying.) It also showed more personalization options so you can customize the Start screen with more colors, and it displayed more options available from the Start screen so you don’t have to go into the Desktop to change them.

Additionally, Windows Blue should offer new built-in apps that could improve the experience. New Windows 8-style apps include an alarm, calculator, audio recorder, and a replacement for Windows Movie Maker that edits videos via touch.

Check out the full video below for more.