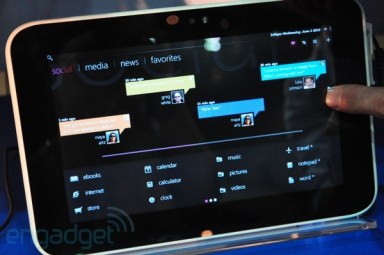 It’s just like Microsoft to have a perfectly good tablet solution and do nothing with it.

The company yesterday released Windows Embedded Compact 7 — the successor to Windows CE for consumer electronics — to the public as a free 180-day trial. Microsoft says that it will be used to power devices like phones (Windows Phone 7 is based on Windows CE), GPS units, and in-car computers. It could also potentially be used for tablets in the future, but Microsoft has shown little interest in that possibility so far.

Instead, Microsoft is still trying to pursue Windows 7 as a legitimate tablet operating system, which has wrought failed devices like HP’s Slate. Rumors are also floating around that the company will be positioning Windows 8 as its flagship tablet offering. But Windows 8 won’t be released until 2012 at the earliest, which leaves this year completely open for competitors like Google, RIM, and HP to grab a slice of the tablet market from Apple.

If Microsoft wants to compete in the tablet arena and take on the iPad, it needs a powerful-yet-lightweight mobile operating system. Windows Embedded Compact 7 is clearly its best option. So why is the company once again trying to convince us that a desktop operating system like Windows 8 can magically turn into a tablet-optimized platform?

Microsoft could conceivably have some master plan in mind for Windows 8 on tablets. But history doesn’t inspire much hope. The company tried to convince us that Windows XP was a tablet operating system for years, and when that failed it ignored the tablet market altogether. Microsoft’s many failures with bringing Windows to tablets proved that desktop interfaces are meant for the keyboard and mouse, not multitouch interaction. 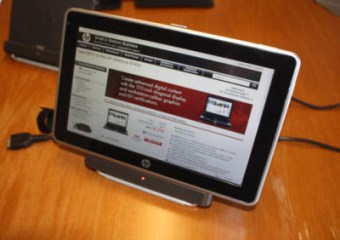 Given that Windows Phone 7 is based on Windows CE’s kernel (the heart of the operating system), Microsoft should have wised up and pursued the same strategy for tablets. Windows Phone 7 impressed me with its speed and gorgeous interface, and there’s no reason Microsoft can’t carry that experience over to tablets. Rumors say that it may try to place similar slick design elements atop Windows 8 for tablets, but if that’s the case, why burden tablets with a full-blown desktop OS?

Windows Embedded Compact 7 is the closest thing Microsoft has to Apple’s iOS, which powers the iPad, and Google’s Android mobile OS. The OS brings with it support for Adobe Flash 10.1, Microsoft Silverlight, and a new mobile version of Internet 8, among other improvements over Windows CE. Basically, it seems perfectly positioned to power tablets.

Unfortunately for us, the closest Microsoft has gotten to bringing the OS to tablets was via a prototype at Computex last year. Asus had also mentioned that it intended to use Windows Embedded Compact 7 in a tablet last year, but it later chose to go with Android. Since then, we’ve heard little about other manufacturers volunteering to use the OS in their tablets.

We’re only a few hours away from the iPad 2’s announcement, and it’s becoming increasingly clear that Microsoft is the only company among its peers without a clear tablet strategy. RIM, a traditionally enterprise-focused company that would likely have trouble finding “sexy” in the dictionary, managed to blow me away with its slick BlackBerry PlayBook. Even HP has managed to deliver something compelling with its WebOS-powered TouchPad.

I’m not sure what it will take for Microsoft to realize that nobody wants to run Windows 7 or Windows 8 on a tablet. But the company will likely realize soon that it needs to come up with some sort of solid tablet strategy. And when it does, it will become abundantly clear that Windows Embedded Compact 7 is its best option to take on the iPad.