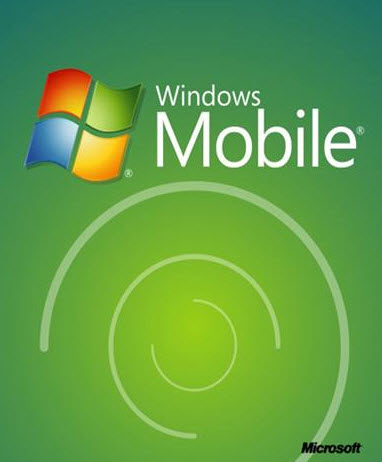 Apple has gained incredible market share in phones over the past couple of years, but is its progress unstoppable? Google has been putting up a good fight with its Android phones. But Microsoft has been sitting this one out.

Compared to Apple and Google, software giant Microsoft looks like it’s been moving in slow motion. But on Monday, at the big Mobile World Congress show in Barcelona, Spain, the company will try to make some buzz with Windows Mobile 7, a new version of the its operating system for cell phones, according to Bloomberg News.

Robbie Bach, head of the group that makes Windows Mobile 7, pretty much signaled at the Consumer Electronics Show in January that Microsoft would have more to say about mobile at Mobile World Congress. Microsoft chief executive Steve Ballmer plans to show off the software in Barcelona. The new software has a revised user interface that looks like Microsoft’s Zune HD music player, the Wall Street Journal reported.

Microsoft is also working on its own mobile phone design — unlikely to be introduced next week — aimed at teens and code-named Pink. That device is being made by Danger, the maker of the T-Mobile Sidekick, which Microsoft acquired two years ago. Pink is being manufactured by Sharp and could be sold by Verizon Wireless and Vodaphone Group, the Journal said. The problem at Microsoft is that there have been too many competing agendas and too many shake-ups when it comes to figuring out a new internal strategy. While Microsoft can dictate what happens with the PC, it just has too many parties to consider in mobile, and it has no lock on the operating system.

Windows Mobile 7 is different in that Microsoft is specifying more details of the hardware that goes with the operating system. It is specifying what kind of device can use the phone so that it will be easier to present a single, united software platform for independent developers to target. Back in December, there were rumors that Microsoft would integrate Xbox Live and Windows Mobile. That would make sense, since Xbox Live is a strong service with lots of loyal gamers. But there is no new word on that rumor. Microsoft has one advantage over Apple; it has no problem integrating Adobe’s Flash software into Windows Mobile. That allows it to run animations, games, and lots of web sites.

It better be good. Windows Mobile 7 is Microsoft’s last chance to stop its rivals from taking over the cell phone space and leaving it in the dust. It’s ironic because Microsoft has such a long legacy in making cell phone software. Six years ago, Windows Mobile was on 25 percent of mobile phones. Now it is down to about 10.5 percent, according to International Data Corp. Apple had nothing in 2006 and is now 13.7 percent of the global cell phone market.

When Microsoft launched Windows Mobile 6.5 in October, it got mixed reviews, with the worst criticism being that the design was bland and the phone was slow. Microsoft had the beginnings of an AppStore, but it had nowhere near the depth of Apple’s, which has 140,000 apps that have been downloaded more than 3 billion times. The Windows Mobile 7 devices are expected to ship later this year. Microsoft will license the software to all comers, even as it works on its own device. Google has pursued the same strategy, licensing Android widely while coming up with its own Google-designed Nexus One phone. Everyone is chasing Apple, which has integrated hardware and software that it can ship in a unified device.

It’s a classic battle in technology, with a horizontal alliance of many companies trying to take on a vertically integrated company. At this point, Microsoft and its allies are clearly the underdogs. I’m not expecting to be wowed by Windows Mobile 7. Microsoft has so much history here that it has to overcome.