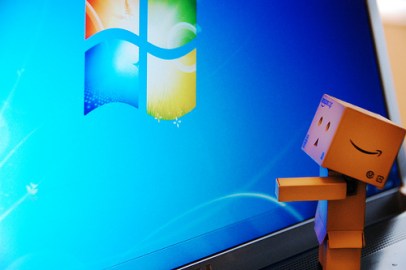 Microsoft is aiming to limit the variety of future Windows-based tablets by enticing chip makers to work with only one device maker, three sources tell Bloomberg.

The move would allow Microsoft to have greater control over upcoming tablets running Windows 8, and it would also help avoid the problem of trying to support endless hardware variations — something that has been a problem for Microsoft on the PC-side for decades. The move isn’t surprising since Microsoft has already established stiff restrictions for Windows Phone hardware.

The plan would involve chip companies like Intel, AMD, and Nvidia choosing a single computer manufacturer for Windows 8 tablets. Microsoft isn’t making the restriction mandatory, Bloomberg reports, but it’s offering incentives to chip and device makers that should tempt them towards forming “sole alliances”. Potential benefits could include lower software prices and features that would make Windows work better on particular tablets, the sources say.

But while the “sole alliance” plan will certainly be good for Microsoft, many manufacturers will inevitably be left out. Already, Taiwanese manufacturers HTC, Acer and Asus are complaining about being excluded from the short list of manufacturers Microsoft is presenting to chip makers, Digitimes reports. Microsoft is instead offering up Dell, HP and Samsung as recommended manufacturers.

Microsoft will also allow chip makers to choose another manufacturer for netbook-like Windows 8 devices. The sources also made it clear that Microsoft won’t be pursuing similar restrictions for the desktop version of Windows 8 on traditional PCs.

We’ll be hearing much more about Windows 8 and Microsoft’s tablet plans later tonight, as the company will be announcing details at Computex in Taipei, and potentially at the D9 conference.