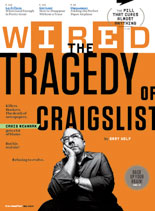 Wired writer Gary Wolf has done the best job ever of capturing the enigmatic, inspiring, yet clumsy personality of Craigslist founder Craig Newmark. If you’ve ever met Craig at a party and found it hard to hold a conversation with him, don’t feel bad. Charlie Rose had the same problem on national TV.

Wolf’s assessment of Newmark’s business is that Craigslist has refused to evolve, in part because Newmark is happier replying to customer support email than managing product development. “Aside from his communication problems and an aversion to exerting authority,” Wolf writes, “he care[s] nothing for entrepreneurship.” As a result, Craigslist blooms with a thousand kinds of flowers, but also a lot of weeds:

“Sometimes entire categories of craigslist are rendered nearly unusable by spam. Con artists prowl the listings, paying sellers with fake cashier’s checks and luring buyers to share their credit card numbers. Other evils are more subtle. Business owners whose judgment is distorted by self-interest fail to understand the rules and put the same item in multiple categories or repost it many times a day to insure it stays prominent, crowding out other sellers. A woman listing a car forgets to tell buyers about problems with the title until they’ve made a long trip out to see it. In all transactions there is a possibility of misunderstanding as well as abuse, and at 99.99 percent perfection there would still be thousands of angry people every month.”

Craig is different from most Internet startup founders. He’s an introvert. He’s not much interested in wealth or in being treated as a VIP. He doesn’t care to follow the latest fads in site designs and features. Craigslist has no Ajax interface, no big happy pastel text, nearly no graphics or images other than those placed in posts by customers. The site doesn’t try to get users to become members of a social network, sign up their friends, or tag, rate, and comment on content created by others. Craigslist hasn’t built an iPhone app. Yet its reach keeps on growing, in part because of Newmark’s dogged ability to contentedly perform the same tasks over and over. He reads and answers a huge chunk of the company’s customer mail:

“Last year Newmark got about 195,000 email messages. He estimates that roughly 60 percent were spam. He read all the rest and replied to many. He has a boss now, a customer service manager named Clint Powell, who was hired about six years ago. But he maintains his habits for reasons that have little to do with the normal logic of work. They are part of his identity, an unconventional mode of self-realization through which he took hold of a barrier that always separated him from the world and made it into a kind of performance. Athletes compete. Artists create. Newmark answers email. He knows that this will seem absurd from the outside, but he is blessed not to care. In fact, he likes to treat people to a laugh when he can. It’s sometimes impossible to discern his intention exactly, and this is essential to the effect. On our way out of the cafè, I step aside to let Newmark go ahead, and he walks face-first into the plate glass door.”

Customers seem to sense that Craig and his team are on their side, rather than trying to monetize them. That feeling has built an astonishing level of customer loyalty and fondness for the site. No one remembers MetroVox, the much more aggressively commercial site built in 1999 by Newmark’s former business partner. Customers who found themselves redirected from secondary Craigslist URLs to the slicker-looking MetroVox back-buttoned their way to Newmark’s site. 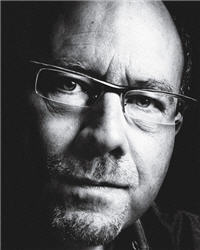 For a lot of tech entrepreneurs and the journalists who cover them, Newmark’s way of doing business is somewhere between bewildering and ridiculous. Yet there are plenty of people of a different type who are reading this post and wondering: Are they hiring? Don’t ask me, ask Craig.