Wiselike is joining the “Ask Me Anything” space with the beta launch of its platform today. To help mark this occasion, the company has also revealed it closed a $1.25 million seed round of funding. Led by GGV Capital, the investment will further the company’s mission of giving anyone a page to answer questions from their fans.

The marketplace for AMA platforms is rapidly growing. Besides Reddit, other services that dabbled in this space include Branch, Formspring, Quora (to an extent), and also most recently Product Hunt. Now it’s Wiselike’s turn. But will it be able to stand out from all the others that have either tried and failed or are more well known? 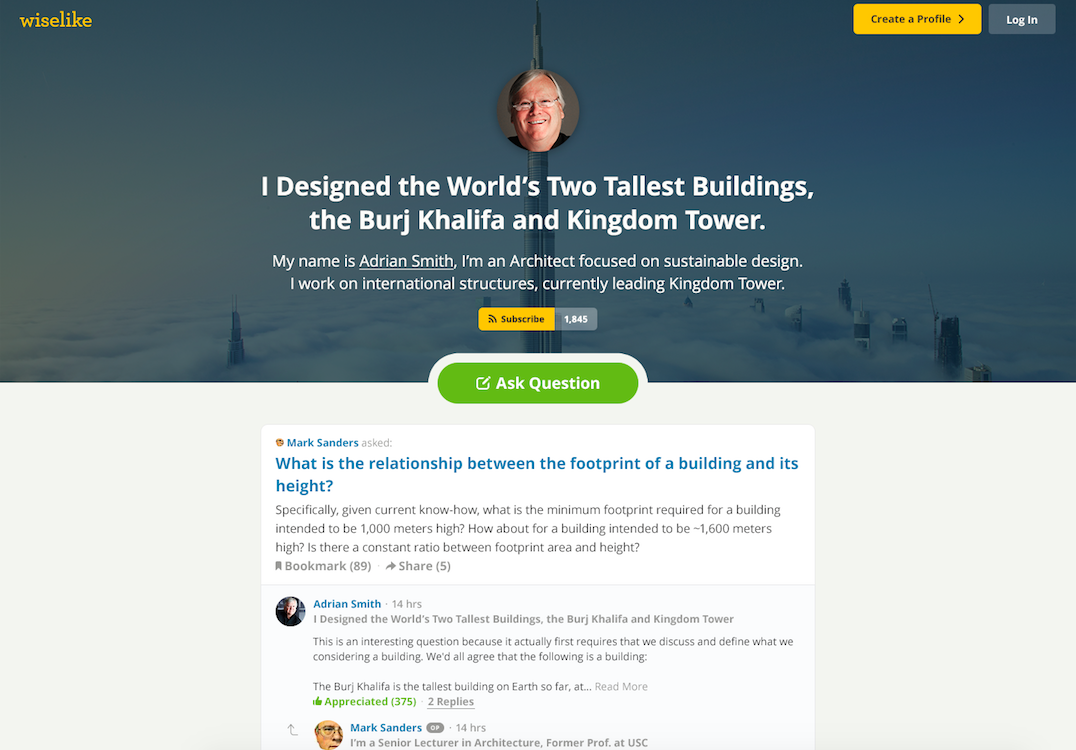 Anyone can create their own AMA page on Wiselike, but instead of the one-to-many approach its competitors use, the company said it’s going for a one-on-one approach, which means that it’s more like Formspring or Branch than Reddit. Only those questions that have an answer will appear on the page. Those questions deemed inappropriate are rejected “in a manner of seconds.” The platform allows anyone to contribute to a discussion after the question has been answered and publicly displayed — responses can be anonymous or done through a registered account. 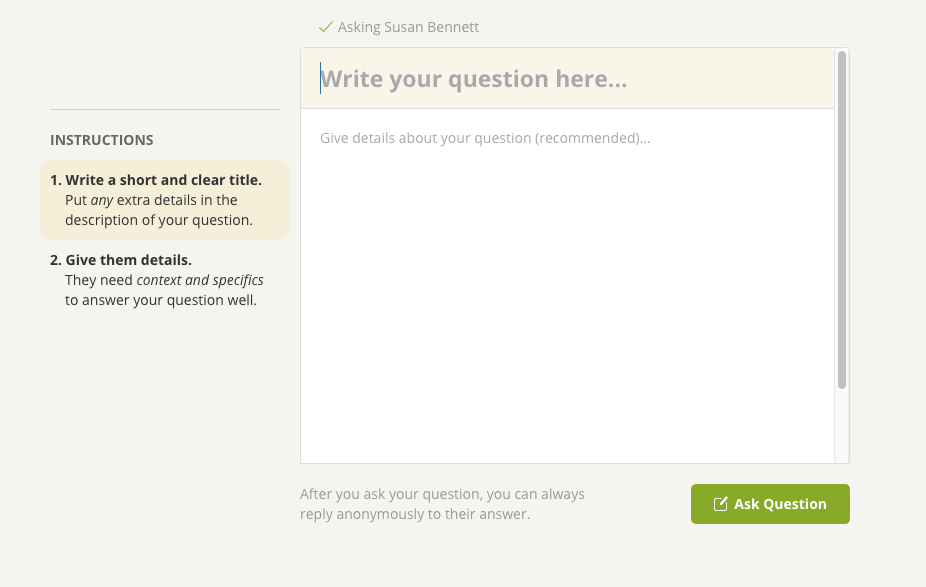 “We can all benefit from exchanging knowledge and experience with one another,” said Wiselike’s chief executive Kyu Lee in the company’s press release. “With Wiselike, we’re creating a platform that will enable people to share their experiences one-on-one and within an intellectually active community.”

The platform has a strong resemblance to Formspring and Branch. So the question is (no pun intended) whether the world is ready for yet another AMA-like platform. But it seems that the company has found interested users to not only sign up but also participate.

More than 23,000 questions have been asked on Wiselike, and in September, the company has lined up a pretty interesting group of people who will answer questions, including Grammy award-winning composer Eric Whitacre; the voice of Siri, Susan Bennett; former Google executive chef Charlie Ayers; Nobel laureate in physics Adam Riess; marketing guru Guy Kawasaki; the designer behind the Google logo, Ruth Kedar; the creator of the Comic Sans font, Vincent Connare; and Wayne Fromm, inventor of the selfie stick.

To help move the company along, Wiselike has tapped several venture capitalists to provide capital. Its first round not only included funds from GGV Capital, but also had participation from 500 Startups, GREE, and others.