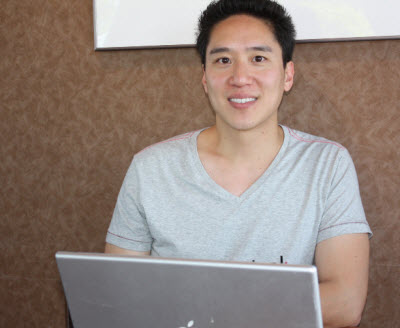 Raptr, the social network for gamers, has grown to more than 8 million users. It’s kind of like Facebook for game fans, and now it is adding one of Facebook’s cool features: the automated and intelligent social news feed.

Dennis Fong (pictured), chief executive of Mountain View, Calif.-based Raptr, said in an interview that the news feed will be integrated into Raptr so that users will now see a new home screen that shows them items that it believes they’re interested in. It’s one more feature of a social network that Fong hopes will become indispensable to millions of gamers. The news feed goes live today.

Raptr creates a better-quality and fully customized feed of game-related stories that you’re interested in, Fong said, because the gamer social network knows your tastes.

“We’re reinventing how you get the news about your favorite games. And all of it will be driven by your own interests and the community,” he said. 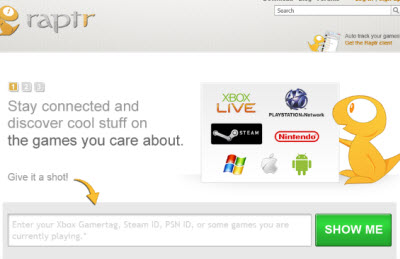 Raptr already aggregates all of your own personal achievements in games and lets you track what games your buddies are playing. When you sign up for the Raptr news feed, you can give it your Xbox Live sign-on, PlayStation Network account, and other game-related accounts. It then aggregates that data and builds a pile of metrics that are useful to find out what the pulse of the gaming community is at any given moment. You can, for instance, see which games are popular and which ones are waning day by day. Raptr supplies aggregate data about gamers to analysts and game web sites.

Fong is a former professional gamer, once known as Thresh, the world’s best Doom player. So the service is likely to deliver news about first-person shooter games to him. But Raptr also knows that there are likely more relevant games for Fong now, since there hasn’t been a Doom game launched in a while. It knows which game Fong played last and where he left off. If he is just starting an Assassin’s Creed game, the system will not likely recommend stories about the sequel to that game. But if Fong is just about finished with the game, news about the sequel will likely be recommended. 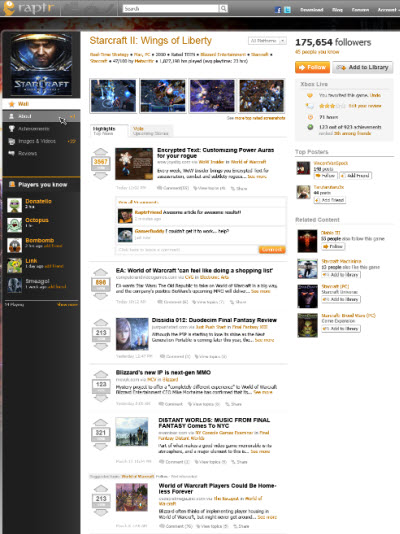 That kind of intelligence is likely to produce a better news feed. And gamers can then take matters into their own hands by voting the news up or down, as they do in services like Digg. The Raptr news feed pulls data in from sources all over the internet, not just official web sites that are more like brand commercials. The most interesting material can rise to the top.

But Raptr might do some curating along the way. For instance, gamers might very well up-vote images of scantily clad women at the E3 video game conference. That might turn off a lot of — er, more mature — gamers who don’t like being distracted from their game news by such images. The news feeds will let gamers discover content based on gaming preferences, such as game genres, developers, publishers, and other categories. Users can share all kinds of content: videos, news, screen shots, status updates and reviews.

Fong said the company is launching the news feed in advance of the E3 show, the industry’s biggest trade show, (starting June 6) so that gamers can help sort out the news that is relevant to them.

Signing up is easy. You enter your name and information on your accounts and then Raptr quickly pulls in all of the relevant data and launches items it thinks you’ll like in your news feed.

Fong said the company isn’t yet trying to monetize its users. That is very Zuckerberg-like, since Facebook chief executive Mark Zuckerberg focused first on how to get lots of users rather than on how to make money from them. Once Raptr gets a huge number of users, it will start to turn on monetization such as ads, Fong said. Raptr could also make money at some point from its discovery and recommendation services.

Fong said the company is adding 500,000 new users a month. That’s pretty good traction. Back in July, 2010, Raptr had only a million users.

Raptr tracks more than 23 million game sessions and a billion minutes of game play each month in real time. The company was founded in 2007 and has raised $27 million in funding from investors Accel Partners, Founder’s Fund, DAG Ventures, and Tenaya Capital.