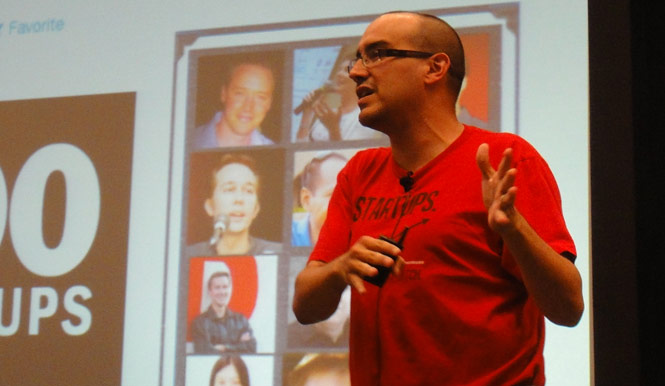 For the first time since launching its incubator program, 500 Startups is requiring companies in its 2013 spring batch to submit an application. The incubator will accept applications via AngelList beginning today.

Previously, the program/investment fund only admitted startups on the basis of recommendations from venture firms, past 500 Startups graduates, and others — a process that had a track record of relative success for producing good companies. However, 500 Startups is increasingly looking for more international companies, which is difficult to do with an invite-only requirement.

“We generally like to avoid having international startup founders stalk our partners to get an introduction,” said 500 Startups partner Christine Tsai, who told VentureBeat that the invite-only requirement did cause a few founders from outside the country to track them down at a past event. (Note: this actually worked out for the best, she says, but it wasn’t the most efficient way to learn about a company.)

500 Startups first experimented with AngelList applications for its last batch of startups back in September 2012, bringing in about 10 companies from the applications. The partners were so impressed with the results that they decided to make it the new standard for admitting new companies to the program.

“We are now recommending ALL of our startups use AngelList — not just our accelerator companies, but seed and Series A companies and later too,” the group said in a statement. “Given that we use AngelList as a platform anyway, it made sense to use it for all our applications too.”

The registration process for 500 Startups’ incubator runs through March 1, with decisions being made around the end of the month. And as it has with previous batches, 500 Startups said it’s looking for companies that bring diversity to the tech industry, which means it’s looking for women founders and founders from outside of Silicon Valley.