Beamdog’s adding an “A”-word to its established model of working on enhanced editions of classic Dungeons & Dragons role-playing games. The word of the day is “adaptation,” and it’s coming in the form of Axis & Allies Online for PC.

This will be an online adaptation of the Axis & Allies: 1942 Second Edition version of the World War II strategy board game. It’s for 1-to-5 players, and it’s a turn-based affair. The Allies are the United States, the United Kingdom, and the Soviet Union, while the Axis is Germany and Japan. A solo player can play against the AI or a mix of AI and other people in multiplayer. Its release date is “coming soon.”

Axis & Allies Online is a shift for Beamdog, a Canadian studio that has been releasing enhanced editions of classic RPGs such as Baldur’s Gate and Planescape since 2012. But like with the previous enhanced editions of D&D games, it’s a passion play as well. And it doesn’t hurt that Axis & Allies publisher Avalon Hill is part of Hasbro, which holds the reins of Wizards of the Coast and D&D. The connection between Avalon Hill and Wizards is so strong that even the board game brand’s manager, Shelly Mazzanoble, cohosts the weekly Dragon Talk D&D podcast.

“The main reason Beamdog is making Axis & Allies Online is because our CEO, Trent Oster, has a passion for the board game, and he’s shared that with the team — we’re all hooked now!” said Sarah Dawson, the marketing & PR lead for Beamdog, in an email interview today. “He played Axis & Allies with family and friends growing up, and was beyond excited when he saw an opportunity to make his favorite board game into a digital adaptation — Axis & Allies Online. The Axis & Allies license is held by Hasbro’s Avalon Hill — which is connected to Wizards of the Coast. Beamdog has a partnership with Wizards of the Coast for our Dungeons & Dragons enhanced editions, so Trent was able to approach them about an Axis & Allies online game.”

Mazzanoble said that “We are thrilled to team up with our friends at Beamdog to bring Axis & Allies to a digital audience. Our long history, plus the team’s genuine love and enthusiasm for the game, made Beamdog the perfect partner to take on this project. It’s truly a labor of love and we’re excited for the fans to experience this iconic game on a whole new platform.”

No tangled code this time 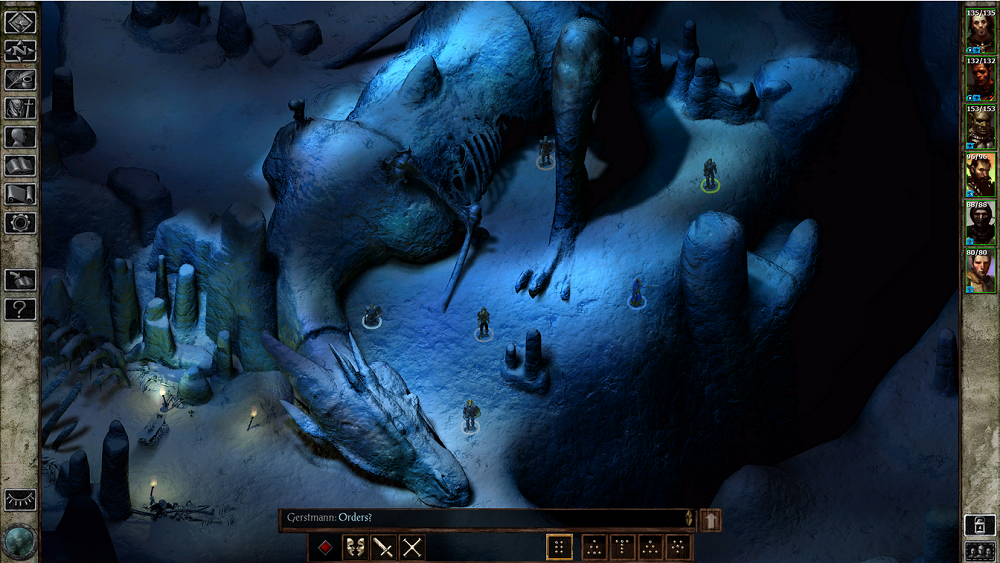 “Code-wise, this is a different challenge than our D&D games since we [are] developing proprietary code, but the philosophical approach is similar. Like Dungeons & Dragons, Axis & Allies is a beloved game. Beamdog wants to create an authentic experience of Axis & Allies that will really feel like the board game players know and love. We believe we’ve created a faithful adaptation of Axis & Allies 1942 Second Edition, with a few changes to enhance gameplay,” Dawson said. “Rule changes are minimal, but the main difference is that Axis & Allies Online allows players to take their full turn distinctly/asynchronously without other players needing to be in the game.”

Instead, complex rules replaced aging, twisted code as a hurdle to overcome.

“The ruleset for Axis & Allies 1942 Second Edition is somewhat complex — and this did pose a challenge during development,” Dawson said. “We want the game to appeal to veteran players, but we don’t want to scare off new players. That’s why we also created some tutorials to help guide new players through the interface and the rules for different unit and combat types. These will continue to be developed through early access. We do believe that Axis & Allies Online will make it easier for new players to learn the game, since the setup and rules are automated/enforced.”

Dawson that they’ve staffed up in 2018 and that the Axis & Allies Online team is close to a dozen people. So while this might not be the Icewind Dale II: Enhanced Edition or Baldur’s Gate III announcement so many fans of classic RPGs have been hoping for, it does show that Beamdog is working on a plan for what happens when it’s done enhancing all the old BioWare and Black Island D&D games.