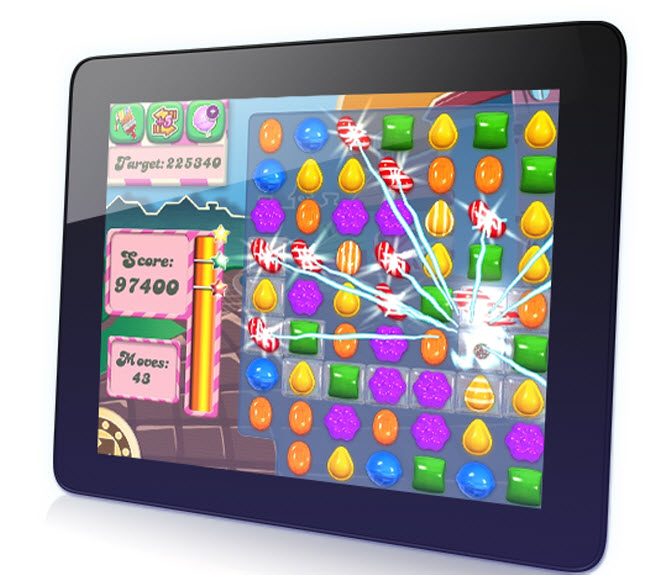 Pushing further into the mobile market, King.com‘s flagship casual game Candy Crush Saga is launching on the iPhone today. On top of that, King.com is announcing that its revenues from advertising in social games have increased ten-fold in 2012.

The Candy Crush Saga game is an important one for King.com as it tries to transfer its success in casual games on the web and Facebook to mobile devices. The game is King.com’s most popular game on Facebook and it will now be available on the iPhone, iPad, iPad mini, and iPod touch.

The game, where you match three pieces of candy in arcade-like fast action, has more than 5 million daily players on Facebook. Now those players will be able to play on mobile devices, and their leaderboards, scores and virtual goods will be fully synchronized regardless of where they play. King.com already had good success launching its Bubble Witch Saga game earlier this year on mobile.

“There were over 100 million mobile game plays within only a few days of launching Bubble Witch Saga on iOS. And, we have been experiencing two times the engagement from players on both Facebook and iOS since its launch,” said Riccardo Zacconi, chief executive and co-founder of King.com. “Candy Crush Saga becomes the second Facebook game to launch on mobile with fully synced capabilities to allow players to access their game when and where it’s most convenient for them without losing their progress and virtual goods.”

The title has 125 levels and several modes for players to test their skills against time and other variables. An Android version is coming early next year. King.com has more than 40 million monthly players and more than 3 billion games played per month. In the past year, it came out of nowhere and became the No. 2 game company on Facebook. .