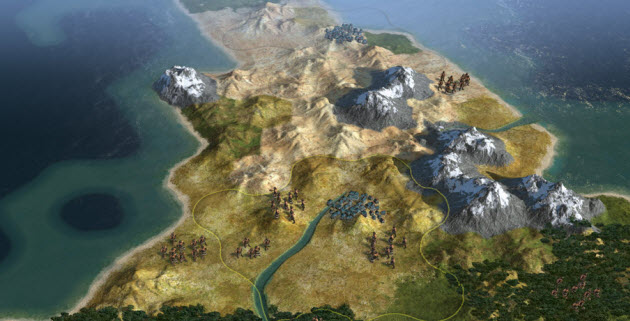 Whenever a new version of Civilization hits the PC, productivity goes down around the world. That’s the case with Sid Meier’s Civilization V, the new game developed by Firaxis Games and published by the 2K Games unit of Take-Two Interactive. It’s sort of like playing the board game Risk on your computer, but with many more sophisticated nuances and more strategic considerations to think through.

I’ve been playing the turn-based strategy game for a couple of weeks now, and it’s the only game that could have knocked me out of my addiction to StarCraft II: Wings of Liberty. Some have called this the “anti-StarCraft,” since it relies on chess-like, thoughtful thinking rather than frenetic, on-the-fly real-time strategy. It takes me back to the days when I played strategy games on big maps on the floor of my home. 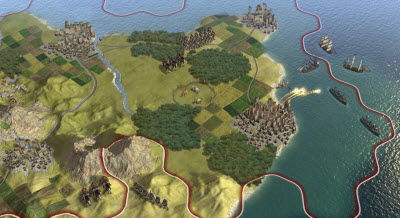 The fact that these two great games came out back to back — StarCraft II in July, and Civilization V earlier this month — gives me hope that the PC isn’t dead as a game platform. In fact, if you consider social games on Facebook, the PC is thriving. That’s important because the PC is still one of the platforms that allows for the introduction of new innovations such as better graphics. For the companies that still love the PC, such as Blizzard Entertainment (maker of StarCraft II and World of Warcraft) and Take-Two, the PC can be an important buffer against the slings and arrows of outrageous fortune on the consoles. The PC also offers a wide audience of diverse players. 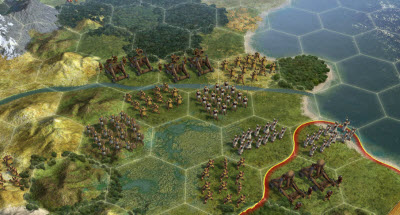 You can’t get any broader in appeal than Civilization V. Parents like its educational value, since it teaches players about ancient civilizations and competitive strategy among empires. Since it isn’t just about blowing things up, boys and girls like it. Kids enjoy playing all-powerful gods looking down on cool animated scenes from a birds-eye view. Even though you’re watching the action from far above, the animations of the tiny little armies and ships — with the sounds of battle or marching — are a joy to watch. The game’s tagline is “just one more turn,” which implies you’re so addicted that you’re going to play it for just one more turn before you go to bed.

Because of its broad reach and attention to detail, it’s no surprise that the whole series has sold more than 9 million units over time. That’s something like $400 million sold at retail, which makes Civilization one of the most valuable properties in video games. My guess is this version of the game will sell great.

I give the game a 95 out of 100 rating, the same rating I gave to Halo: Reach, lower than the 97 rating I gave to StarCraft II, and higher than the average rating of 91 on review aggregator Metacritic. I like it because the single-player campaigns have a lot of variety and always surprise me. Each game you play is different. Overall, the fifth installment is fresh, and that’s no small achievement for a series that game designer Sid Meier started way back in 1991.

Here’s an example of a series of surprises in a single game: As Julius Caesar, I was deep into building coliseums and granaries to keep my population happy. I ignored increasingly belligerent threats from my neighbors and maintained a small defensive force to keep any nation at bay. I had more cities than anyone else and didn’t worry about being attacked. But then Ramesses II of Egypt and Elizabeth I of England conspired against me and launched a surprise attack. 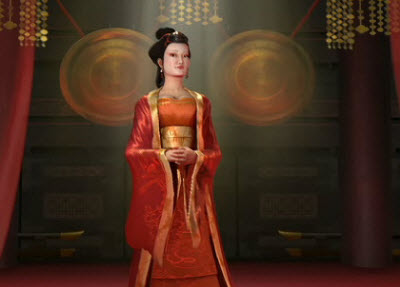 Fortunately, I commanded good ground, with a natural ring of hills and cities that formed natural borders against attackers. I kept my archers up in the hills and used the archers inside my cities to shred the forces of the attackers. They attacked my cities but couldn’t make much headway. I brought in swordsmen and mounted knights to tear up the remaining armies and the treacherous hordes retreated. I was aided by the once-neutral city-state of Hanoi, which kept England at bay. By the time I built up my forces to counterattack, the losers had had enough and negotiated peace agreements with me. I had to keep on building features in my cities to keep the growing populations happy. But I never forgot who attacked me and then, in alliance with China’s Wu Zetian (pictured right), attacked Ramesses II, who quickly collapsed as he was attacked from two directions. Eventually, I built enough armies to take on China and England at once. Only then did I find that beyond their borders lay Persia, a mighty empire that was far more powerful than my war-stunted civilization. While I was busy fighting wars, Persia raced ahead building man-made wonders and technologies. While I still had sailing ships, Persia was armed with aircraft carriers. There are only 200 years left in the game for me to catch up, and I am certainly the underdog right now.

It’s surprising campaigns like that which can keep you busy with Civilization for many hours. Now that I’ve spent so much time with the game, I can appreciate the design that went into the user interface, which is very uncluttered given that you have to keep track of dozens of armies, workers, and cities. You can automate the workers to make improvements and just focus on the big stuff, or you can micro-manage if you wish. The streamlining of a complicated interface isn’t easy to do, and others could learn from this interface on how to design complicated user software.

The map is also prettier to look at and easier to grasp than in previous versions. Each section of the map is now divided into hexagons (which you can turn on or off), much like the old board-based war games. With hexagons, movement is easier. You never see, for instance, a ship go through a peninsula because it’s not clear exactly where the borders between land and sea are.

You also have to deploy your armies with terrain in mind, since you can’t stack them. In the past, it was always unwieldy to stack 10 different military units in a single spot. It was hard to see which units were in a particular location. And there was no real sense for how big an army was when you were attacking it. Now, you have to put your artillery in the right high positions, protected from frontal attack. So there’s more actual strategy and maneuvering that you have to consider when fighting battles.

Sea transportation was also a nightmare in previous games. You had to build separate naval units and move them to a particular location before your soldiers or workers could board the ships. Now you just move a land unit into the ocean and it automatically boards a transport ship. 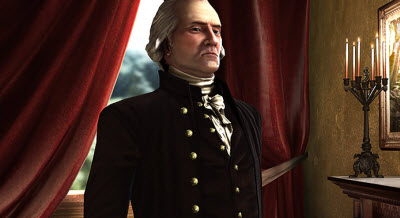 Another big change is that the emperors of the other civilizations are true animated characters now. They talk in a kind, petulant, or hostile manner — and are fully animated when doing so. In that sense, Civilization V brings the characters and people back into the game. In the past, that was easily lost since you saw the action from above.

I played the game on the Warlord level, just below normal, because I found it hard to stay alive long enough in the early years of empire building. Also, I had to play the quick version of the game because it took far too long to build new units in the game. Otherwise, if you build a unit, chances are it will be obsolete by the time you’re done.

The game isn’t perfect in that it still takes time to execute your orders once you end your turn. The game makes you to wait while it makes all sorts of changes to the world. But the good thing is that it never crashed while I played with an Nvidia Fermi-based desktop computer. I played the DirectX 11 version of the game and it was both beautiful and responsive.

This game reminds me of why I love everything Civ. I’m looking forward to seeing what a smaller Civ experience will be like when Sid Meier launches a long-awaited Facebook version of Civilization sometime soon. By the way, don’t tell my bosses I’ve been playing a lot. They don’t know I’m spending all my time “researching” games.

Here’s a video review by GameTrailers.com below.