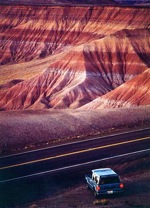 There’s new data today from Dow Jones VentureSource confirming (again) that things are looking very, very bad for venture-backed startups seeking an exit — in fact, VentureSource describes this as the worst liquidity drought on record. (It started tracking this data back in 1992.)

The most striking fact is one that we didn’t need a research group to tell us — that it’s been eight months since the last venture-backed company completed an initial public offering. Things are looking pretty gloomy for mergers and acquisitions too, which earned a total of $3.2 billion in 68 deals during the first three months of 2009, down 65 percent from $9.1 billion during the first quarter of 2008. That makes Q1 2009 the worst quarter since 2003. And it would be even worse if not for medical technology company Medtronic, whose acquisitions of CoreValve and Ablation Frontiers accounted for 30 percent of the total liquidity. (2008 as a whole was the worst year for venture liquidity since 2003.)

In VentureSource’s summary, global research director Jessica Canning says it’s a bad sign that we’re already near the depths reached after the dot-com bust, and that “we may not be at the bottom yet.”

Gosh, isn’t there any good news out there? Well, VentureSource notes that the companies that actually manage to get acquired are doing so in less time and after raising less money. These companies raise a median of $15.5 million in venture backing, and take only 4.7 years to reach liquidity, down from the $23 million and 6.8-year medians during the same period last year. Combined with the lower median acquisition price, it sounds like startups and venture firms are more willing to accept lower offers if it gets them to liquidity faster.

The National Venture Capital Association and Thomson Reuters also released their “Exit Poll” numbers today, which were similarly bleak, though less comprehensive than VentureSource’s. The poll tracked 56 exit deals in the last quarter, but only found 13 disclosed amounts, with an average value of $49.6 million. 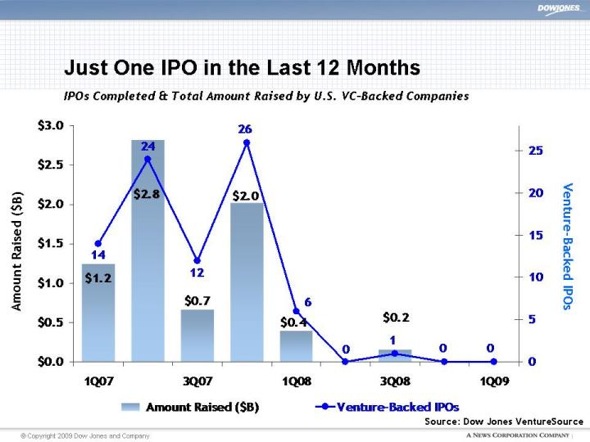 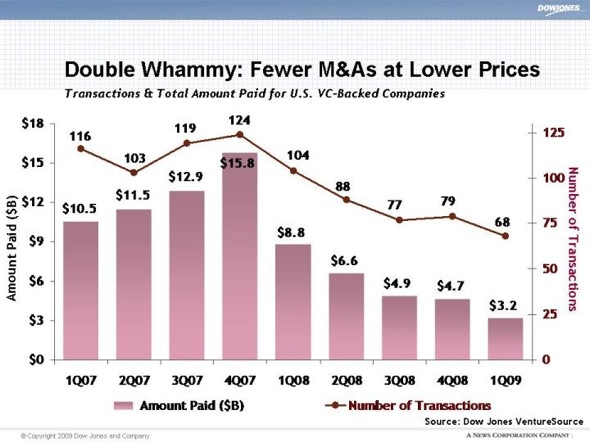