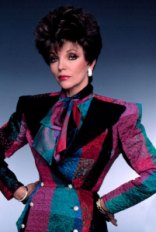 Debates about women in technology are like merry-go-rounds: There’s a lot of movement and excitement but you always end up back in the same place.

TechCrunch’s Michael Arrington recently argued that in Silicon Valley (and by extension, the tech business in general) success is based on merit alone and that nobody is keeping women down. The problem, as far as he is concerned, is simply that women just don’t want to start companies. These are arguments I’ve heard before and that are, at best, naïve. Merit alone is rarely enough to ensure success and women are starting more companies than ever (if not in technology). But instead of getting mired in arguments and counterarguments, I’ll make some suggestions on how to change the situation for the better.

I’ve written before about how to get more women into technology. How do we maximize the female assets already out there?

For Men in Tech

This section is not about how you can help women in tech, but how they can help you. Don’t worry. You will probably enjoy it.

Female employees and cofounders are a competitive advantage

Entrepreneurs will do almost anything to improve their chances of success apart, sometimes, from the obvious. In a world in which women control the majority of consumer spending, having women on the board of your company improves financial performance and the most innovative teams contain even numbers of men and women, why aren’t startup companies showering those rare women in tech with job offers? In addition, if you are hiring women, don’t just hire one, since being the token woman is not much fun. Also don’t make the mistake of thinking that two women will automatically get along. This is like fixing up your only two gay friends on the sole basis that they are both gay. Get as close as is practical to a 50:50 split for maximum benefits.

Get out of your comfort zone

One thing I have noticed as a tech journalist is that the tech press tends to cover 1) stories about products they relate to personally 2) stories everyone else is covering. This is just human nature and since most tech journalists are male, you get a particular slant as a result. A good example is Net-a-Porter in the UK, which recently sold for $533 million. This is an extremely successful and pioneering online company which was largely ignored by the tech press on the basis that, well, it’s about handbags. The point is that there are useful things you miss if you don’t get out of your comfort zone. Being a successful entrepreneur, in particular, is all about learning and seeing beyond the obvious. I have learnt a lot from my male colleagues. Maybe you should look around and see what you can learn from women.

Do something important, or at least useful

This is obviously a sweeping generalization but I think that women tend to want to do something useful and important in their work, rather than just something high status and well paid. This may be part of our in-built and often detrimental over-seriousness. So one of the best ways to motivate women to get involved in, or become customers of, your  business is to do something which really does make a positive impact on the world as opposed to just “innovating” for the sake of it. Female customers tend to be harder to please than men (For example, they take more factors into consideration when making a buying decision), but they are also enthusiastic advocates of products they like. If you can win over female customers you get free marketing thrown in.

For Women in Tech

This is the hard part.  I’m essentially asking women to be exceptional when I haven’t managed to do it myself, and when the effort may still outweigh the rewards. But we all need heroes. Hopefully there are some out there.

You are not an insider. Make the most of it.

Being outside the status quo has its advantages. You are unlikely to start a revolution when the current system suits you quite well. One of my favorite entrepreneurs is Anita Roddick of The Body Shop. She pioneered notions like environmentalism and fair trade in business long before they were fashionable or profitable. These days even the most rapacious corporation has corporate citizenship policies. Roddick wasn’t deliberately trying to transform the business world. She just had to work around it to get things done. It’s only human to want to fit in but in the end you have to stop playing by rules which don’t favour you.

Another one of my favourite entrepreneurs is Jason Fried of 37Signals. He and his co-founders upended much of the received wisdom of the tech startup world, e.g. that bigger companies are automatically better, that seeking funding is vital or that employees of startups must work 24/7. Don’t try to copy every other tech startup out there in the quest to be taken seriously. Do something completely different and in line with your values and the life you want, not those of the industry at large.

One of the few things I agree with Mr. Arrington about is that the women in the tech industry are more visible. This can be both a blessing and a curse but mostly the fact that you stand out is an advantage whether you are trying to promote a company or get a job. Work it.