Casual game publisher Wooga is branching out into hardcore mobile games with the creation of a new studio, Black Anvil Games. The new Wooga-owned studio is working on a turn-based fantasy strategy game dubbed Warlords, GamesBeat has learned.

The move will help Berlin-based Wooga diversify into a new part of the $34 billion mobile games market, even as the main company continues to focus on its casual games.

“The mobile games market is maturing fast and so it’s very important to be focused,” said Jens Begemann, chief executive of Wooga, in an exclusive interview with GamesBeat. “We have decided to fully focus Wooga completely on casual games. We had a couple of midcore strategy game in development and have decided to start a new studio for these games. Black Anvil Games is an offshoot of Wooga, and we will market these new strategy games under the Black Anvil name.” 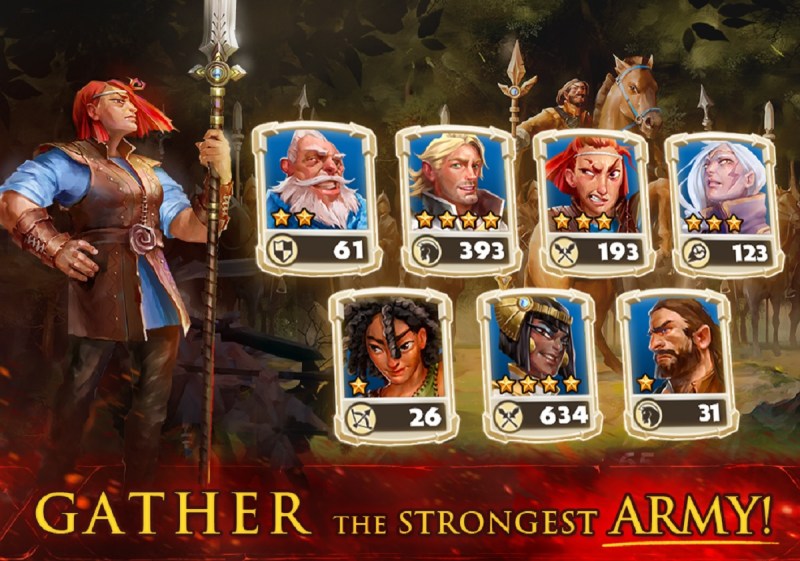 Wooga owns 100 percent of the new studio, which has 40 employees working on Warlords and other “midcore” titles, or hardcore games with shorter play sessions.

“Our typical casual gamer is not interested in midcore games and vice versa,” Begemann said. “There’s a separation from a consumer perspective. It’s also a separate team with separate skills. As the market matures, you need more specialization.”

Warlords is in soft launch on Android, and it will debut worldwide sometime in the summer. Black Anvil Games will be led by Wilhelm Oesterberg, who has been running an internal studio at Wooga for five years now. Before that, he worked for EA’s DICE studio in Sweden.

Inspired by Heroes of Might & Magic, Warlords is a tactical battle game where players take direct control of their fantasy armies to try to outsmart their opponents. As they rise through the ranks, players can grow and upgrade their regiments to match their personal play style. Warlords will offer deep progression, guilds and a ranking system. 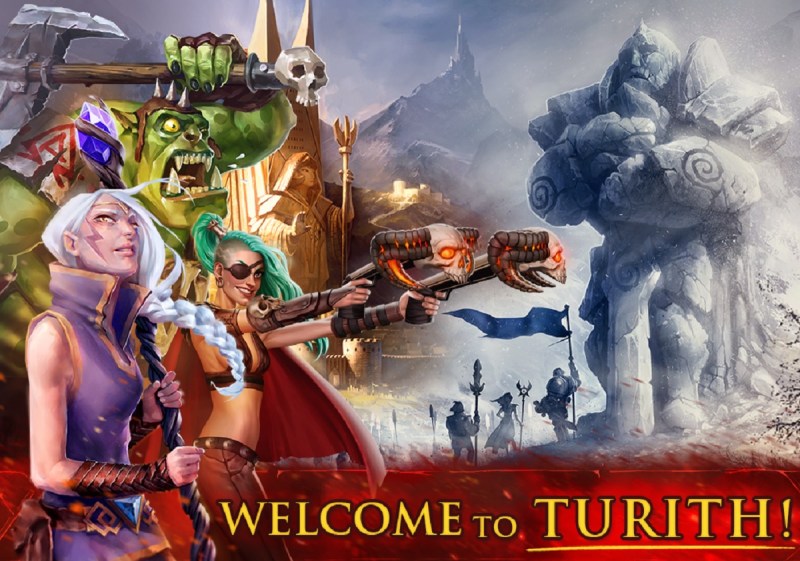 Above: Warlords is a very different kind of game for Wooga, and that’s why the company started a new studio for it.

Wooga has been around since 2009, and it has more than 300 employees. It has created casual game hits such as Jelly Splash, Pearl’s Peril and Diamond Dash. Most recently, it released Futurama: Game of Drones for iPhone and iPad and Android. Over 50 million people play Wooga’s games every month across multiple platforms.

Begemann has created what he calls a “hit factory” at Wooga. The teams create as many as 40 concepts for games in a year, but they prototype a smaller number. They soft launch a few in specific territories, and formally launch only a couple. That has served the company well. Not every game is a hit. Wooga’s Agent Alice hidden object game didn’t do well last year. But Begemann said he is happy with the performance of the Futurama game, which went global a couple of weeks ago.

Warlords has been in development for more than two years. You’ll be able to play it in sessions that last a couple of minutes.

“It has taken a lot of twists and turns and we are very happy with the result,” Begemann said.

A second title is coming from Black Anvil Games later this year. Wooga also has the biggest pipeline for casual games it has ever had, he added.

As for the mobile games market, Begemann said, “It is maturing, consolidating, and getting more professional. All of those things are interrelated. It’s more important to make multiple bets and have a portfolio. You have to be profitable as a company to finance new games. The quality is going up all the time, and it is very competitive. If you are a healthy company with a great team, you will be one of those remaining after this period of consolidation. I think consolidation will be strong in the next couple of years.”